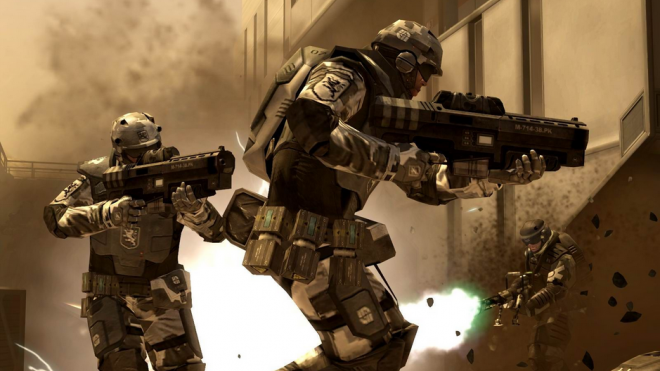 Has DICE “Got The Balls” To Move Battlefield Away From the Modern Setting? Ex-DICE Producer Asks

With talk of new game engines like Frostbite 3, everyone wants to know what game developers like DICE could accomplish with a popular FPS like Battlefield or where they could take the genre in terms of setting.

Between Call of Duty: Modern Warfare 1-3, Battlefield 2-3, Battlefield: Bad Company 1-2, Medal of Honor 2010 – Warfighter, FPS fans are probably starting to find the modern war setting a tad stale, a setting that was once again confirmed for the upcoming Battlefield 4.

It works, and it’s a setting that most of us can relate to since we live in it, but that doesn’t mean it stays interesting forever. More recently, Call of Duty: Black Ops 2 took a slight risk by entering the near future setting the year 2025, but it certainly wasn’t anything drastic. It still featured more-or-less modern weaponry that we’ve seen before in some shape or form.

Surveying comments back when DICE first announced Battlefield 4, it’s not too far off to say that some were disappointed they were’t going to be seeing a successor to a game like Battlefield 2142, a title that featured high-tech weaponry and vehicles like mech robots in a future far off from today. To many, 2142 stays in their hearts and minds as one of the more memorable Battlefield titles.

Even ex-DICE producer Gordon Van Dyke, who worked on 2142, is asking if DICE has “got the balls to leave the safe haven of a modern war setting.”

He recalls working on the developments of 2142, saying that with the type of technology DICE possesses today, a game like Battlefield 2143 could hit its full potential. 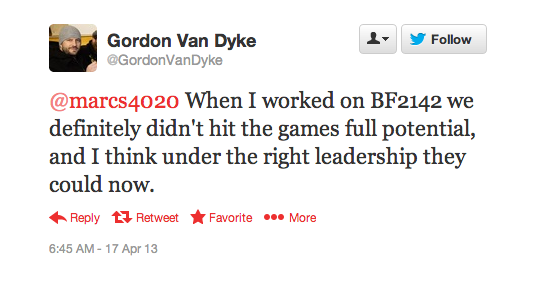 More than anything, Gordon’s tweets bring up a solid discussion point: Do shooters today rely too heavily on the modern setting? Do you think Battlefield or Call of Duty could see their next big breakthrough by either returning to the past or exploring the far future? While a setting like World War II has been done and done again, chances are that next-gen game engines could provide a more interesting and revitalized take on the familiar setting.

What do you guys think? Also, how “far future” is too far? Would you ever purchase a Battlefield or Call of Duty game that featured laser guns and aliens or took place in space? Let’s hear it in the comments below!