This weekend is going to be a fantastic one to play Call of Duty.

Chances are, hype levels are pretty high in anticipation of Call of Duty: Advanced Warfare’s multiplayer reveal this Monday, August 11 at 10AM PST. So, to help facilitate the buzz, Call of Duty studios Infinity Ward and Treyarch are throwing together two celebratory weekend events for both Call of Duty: Ghosts and Call of Duty: Black Ops 2 that you’ll want to look out for, starting this Friday.

On August 8, at 10AM PST, Infinity Ward is turning on Double XP for both regular multiplayer playlists and Extinction playlists in Call of Duty: Ghosts. In addition, a special 24/7 playlist featuring the map Strikezone will also make an appearance in Ghosts’ multiplayer. Both Double XP and 24/7 playlists are open to users on all platforms until this Monday, August 11, at 1AM PST.

Likewise, Call of Duty: Black Ops 2 is getting the treatment with Double XP and Double Weapon XP in multiplayer playlists. But, it wouldn’t be a party without that Nuketown grind, so Treyarch is also throwing up a 24/7 playlist dedicated to the fan-favorite Nuketown 2025 as well. Open to all platforms, the events begin on Friday, 10AM PST and ends on Monday, 10AM PST.

Save the posters below if you need a reminder and see you online this Friday! Where will you be – Ghosts or Black Ops 2? 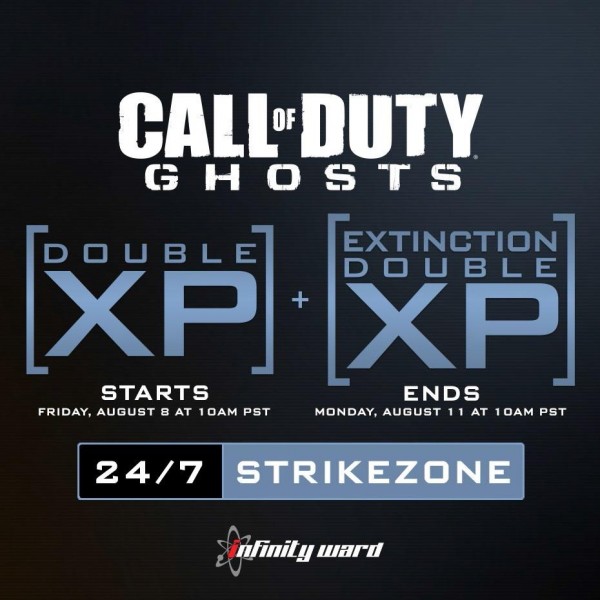 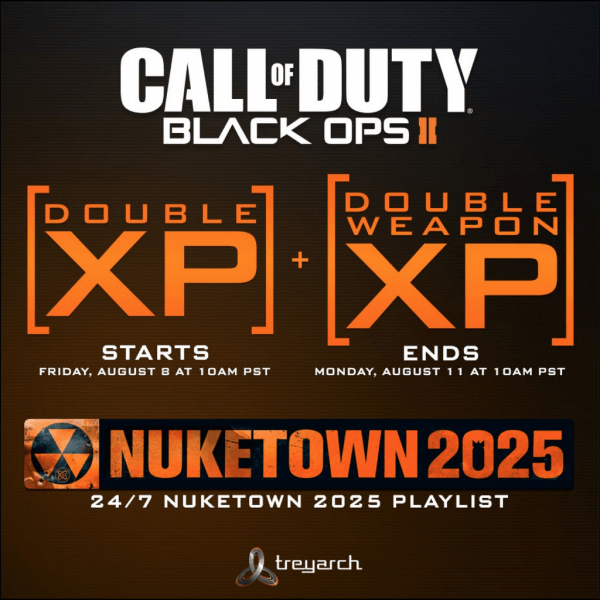