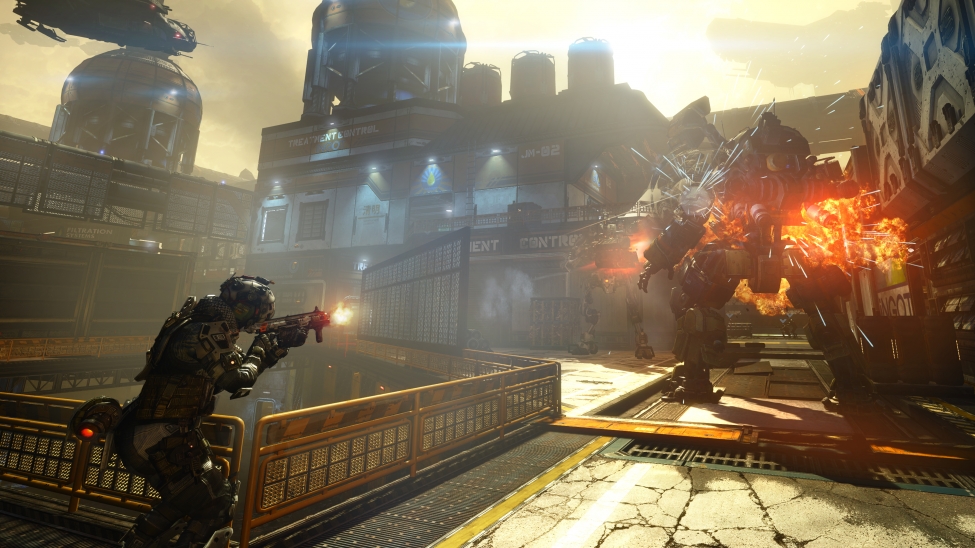 EA hopes to continue delivering on experiences in the Titanfall universe through a new publishing agreement with developer Respawn Entertainment, the company announced during a recent earnings call.

Detailing the company’s plans for the near future, Chief Executive Officer Andrew Wilson told listeners, “We’re also excited to announce that EA is continuing its partnership with Vince Zampella and the Respawn Entertainment team, building on our success in delivering Titanfall, the biggest interactive entertainment event of the year so far. Through a new publishing agreement, we’ll be working with Respawn to bring new Titanfall experiences to players worldwide.”

It might sound like Wilson is simply referring to Titanfall’s three planned content packs, the first of which drops this month, but according to his remarks later in the call, this “new publishing agreement” appears to be in addition to it.

“We obviously have three [map packs] planned,” he said. “On top of that, we’re doing the season pass as well, which is keeping the engagement levels there and our goal, quite frankly, is to keep this franchise as fresh as we do with our Ultimate Team and our Sports, as well as we do in Battlefield, obviously, with Premium. And as Andrew mentioned, we have a new publishing agreement with the very talented folks at Respawn who have done a great job and Vince Zampella and his team need to be congratulated for what they’ve delivered so far.”

No other details were provided, so it looks like we may have to wait until E3 2014 to learn more. What do you think Respawn and EA have in store?

Respawn CEO Vince Zampella has acknowledged on Twitter that “the cat is out of the bag” and that “new Titanfall experiences” are indeed coming.

“Looks like the cat is out of the bag! ‘New Titanfall experiences’ await you in the future! Excited at the opportunity! This is gonna be fun.