Twitch Broadcasting will soon be making its way to EA Origin as well as a few other nifty options.

“With just a few clicks, you can broadcast your game session, from Origin, directly to your Twitch account,” reads the official announcement on the Twitch blog.

In just a few days, Origin will be will allow users who’ve opted in to beta updates to test out this brand new Twitch Broadcasting service, with wider availability in the coming weeks. This should come as some exciting news, especially competitive gamers, as it will allow them a quick and easy way to share gameplay with the world using a system most gamers are already familiar with.

Check out the step-by-step process below:

“To start broadcasting, just start playing a game, then bring up Origin In Game by hitting Shift+F1 (or whatever keystroke you’ve chosen for your Origin In Game Hotkey). You’ll notice a camera icon has been added to the bottom of this screen.”

“Selecting this icon will ask you to sign into your Twitch account (or to create one if you’re not a registered Twitch user).” 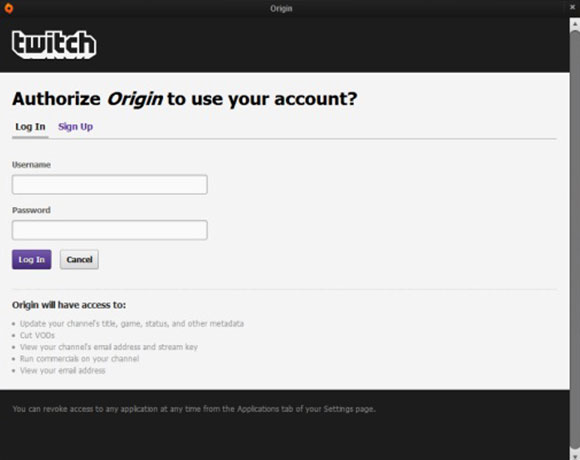 “After signing in, you’ll see the streaming dashboard where you can start or stop your broadcast, give your stream a name, and adjust volume levels.” 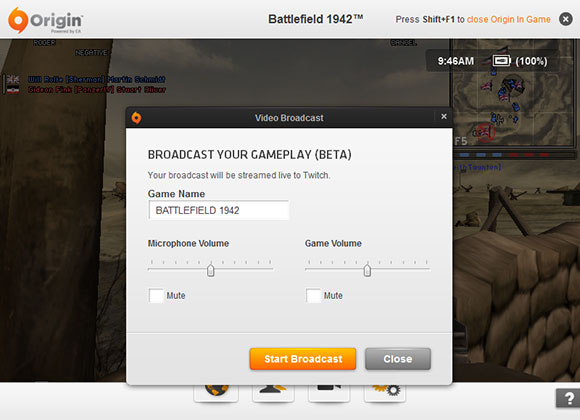 “Your stream will be viewable at www.twitch.tv/ [YourTwitchName]. While you’re streaming, a broadcast indicator will show up on the top of your screen to let you know how many people are watching your broadcast, and how long you’ve been streaming.”

To learn more, make sure to visit the Origin News page. Those wanting to opt-in for beta updates can do so here.

As for those additional nifty options mentioned earlier, Origin is also looking to allow players the ability to add games you’ve purchased outside of Origin to your My Game library. You’ll be able to both play and live stream these games directly from Origin.

Some exciting plans in the works for Origin, indeed. Are you excited to get your hands on Twitch Broadcasting?