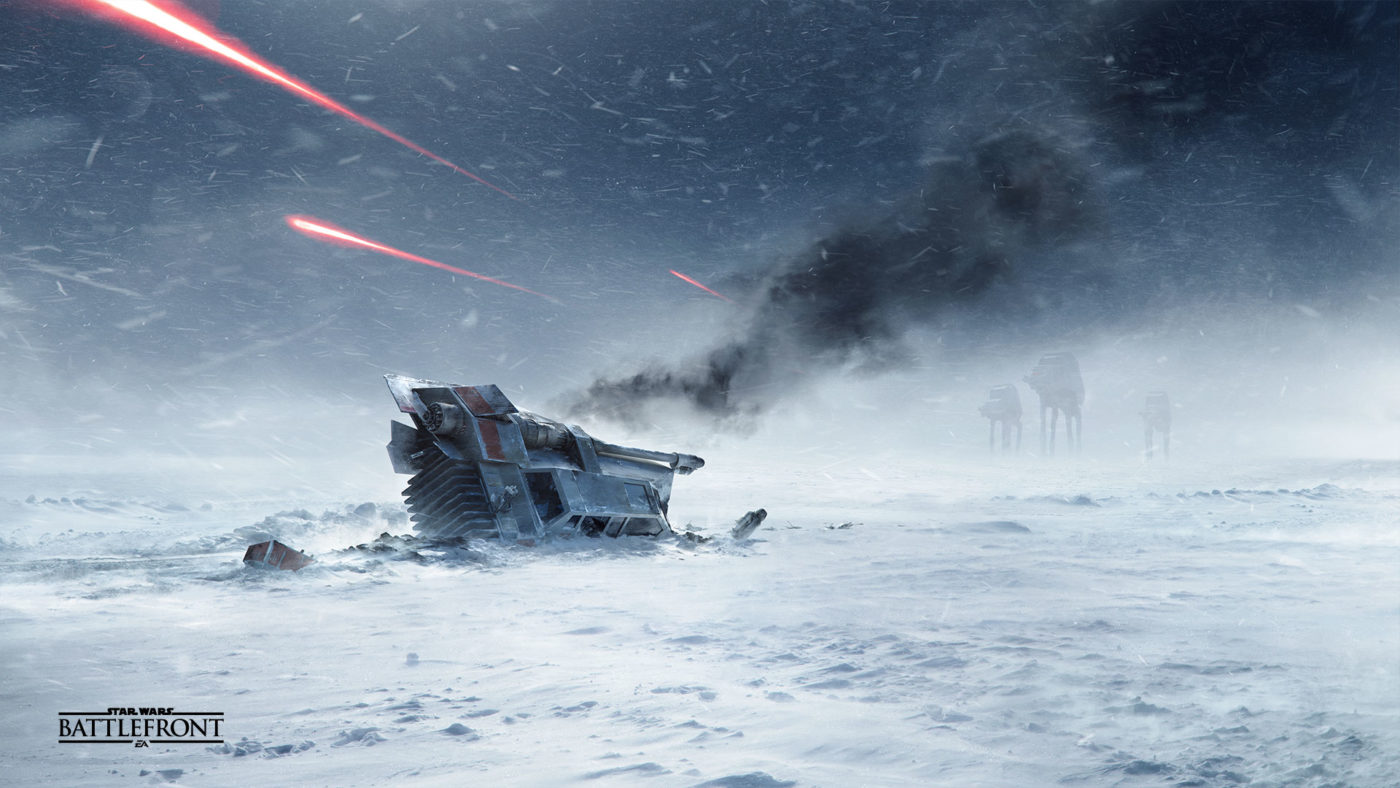 DICE and EA have posted all 43 of Star Wars Battlefront‘s PlayStation 4 Trophies and Xbox One Achievements.

Being primarily a multiplayer shooter, you’ll need to make most of these challenges happen while playing online. Luckily, they don’t appear too difficult and are mostly completion-based. There are a couple asking you to, say, get 10 kills in one match, but you’ll get it with some practice, if need be.

You’ll find the full list below, but be sure to head on over to Battlefront’s official page to see all the beautiful artwork and screens that go along with each Trophy. They’re quite easy on the eyes.

Also, don’t forget to check out the most recent Star Wars Battlefront gameplay, which shows off even more heroes and villains in action on brand new locations.

In a galaxy far, far away…

Win one match in each Multiplayer game mode

Never tell me the odds!

I suggest a new strategy

Be the first in a match to earn a kill (Multiplayer)

Kill an enemy who is using a Jump Pack (Multiplayer)

Reach level 3 once with any Trait (Multiplayer)

Crush them with one swift stroke…

Trample 25 soldiers with an AT-ST (Multiplayer)

Kill 10 enemies in a match of Fighter Squadron

Have the most kills in a match of Blast

The Force is strong with this one

I’ve been waiting for you

Capture three droids in a match of Droid Run

The power of the Force

Earn any diorama figurine in the game

Tell Jabba that I’ve got his money

Defeat both the Millennium Falcon and the Slave I

A tremor in the Force

Play once as all of the different heroes (Multiplayer)

Together we can rule the galaxy

Complete any mission with a friend

Your journey has only started

Complete any Survival mission on Master difficulty within 35 minutes

Get 10 headshots with the Cycler Rifle (Multiplayer)

All right, I’ll give it a try

Earn a star on all training missions

Safety ain’t the point of a joyride

Take no damage in the Endor Chase mission

Best star pilot in the galaxy

Earn a total of 5 stars from Battle missions

Off to a good start

Win any Battle mission on Normal difficulty against the AI

Earn a total of 5 stars from Survival missions

Complete any Survival mission on Master difficulty without dying

Do… or do not. There is no try

Judge me by my size, do you?

Not bad for a little furball

Destroy a Y-wing in Walker Assault