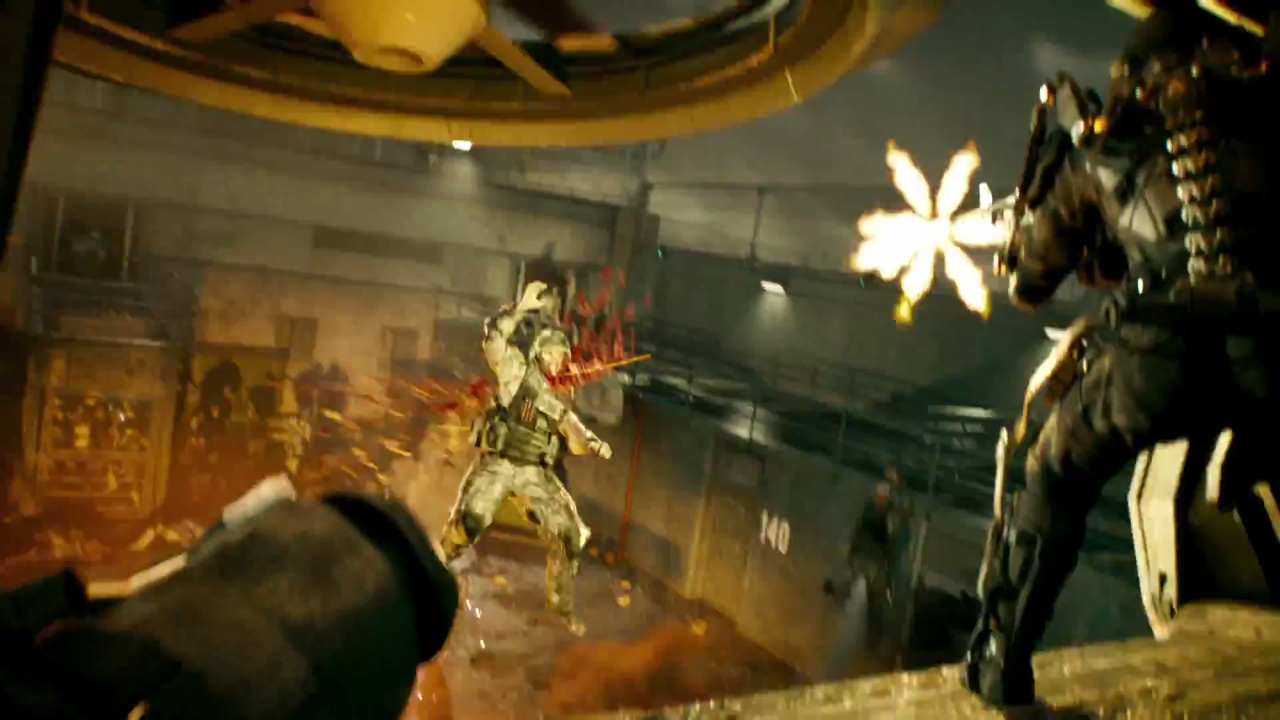 Originally included in the co-op survival game mode as only a bit of a secret Easter Egg, the first chapter of a proper Exo Zombies mode is coming to Advanced Warfare with the arrival of the game’s first DLC, the Havoc Pack, this January, first on Xbox Live.

“As things were wrapping up around launch, we started playing around with the idea of what happens when zombies were thrown into the mix with exoskeleton gameplay. What we came up with is Exo Zombies — an entirely new breed of zombies and an entirely new co-op experience that is truly unique to Advanced Warfare,” Sledgehammer wrote in a recent community update.

You can catch the debut trailer above and let us know what you think in the comments below!

As noted yesterday, Season Pass holders on Xbox get a small portion of the Havoc DLC early in the form of a brand new weapon, the EM4 directed-energy assault rifle.

New Free Gear Is Now Available For Your Operator In Call of Duty: Advanced Warfare