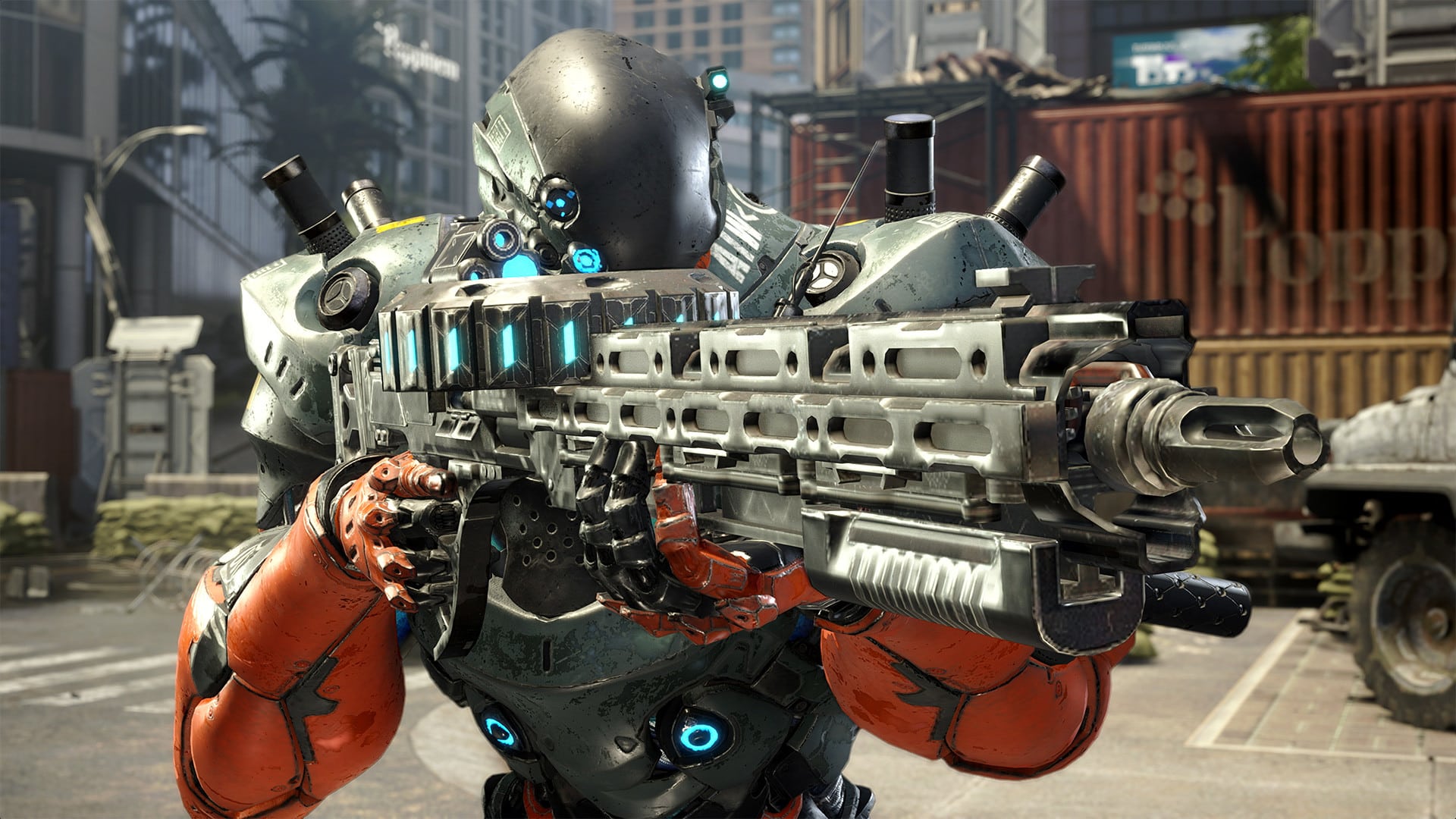 Dinosaur swarms are ravaging the planet, striking across the globe from mysterious spacetime distortions.

Humanity’s salvation lies in the hands of Exofighters. Equipped with state-of-the-art Exosuits, they fight in never-ending wargames against the dinos and each other as they seek to eliminate the origins of the dinosaur threat.

However, wielding the power of the Exosuits also comes at a price…

Here’s an overview of the game (via Steam):

Exosuits are grouped into different roles, and players will pilot these exosuits to hold firm against overwhelming dinosaur swarms in online-only, team-based action game modes.

Players will be transported to the scene of the latest dinosaur outbreak and follow Leviathan’s guidance to complete objectives. The team that completes the mission first will emerge victorious.

Whether players are engaging the other team directly, or fighting alongside them against a common enemy, the aim is to accomplish objectives as quickly as possible. Missions vary depending on player skill and other factors, meaning no two matches will unfold the same way.