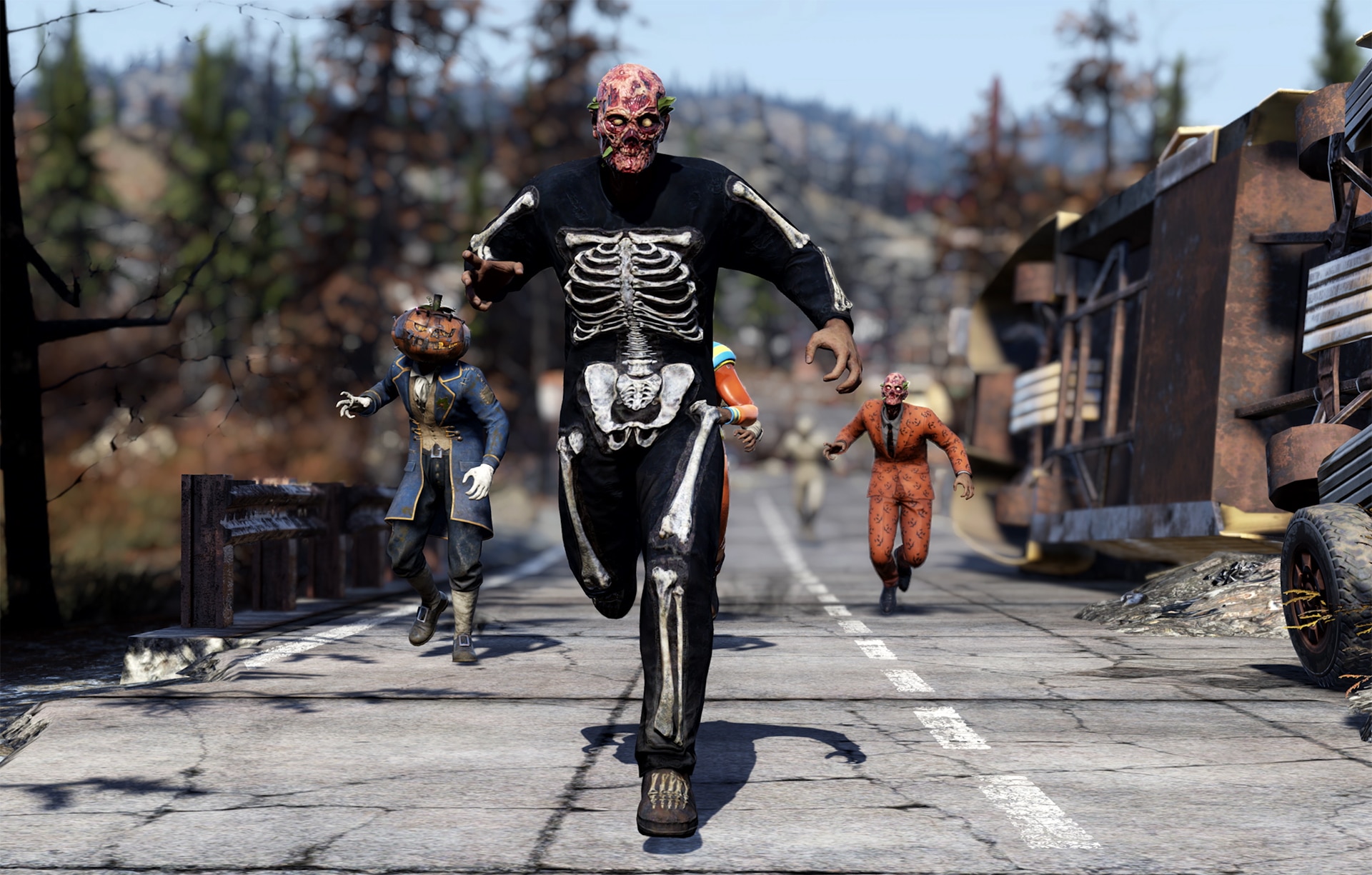 Bethesda has rolled out the Fallout 76 update 1.58 patch this October 19, and this one is for the game’s big Halloween update. Head on down below for the complete patch notes.

Halloween is descending on Appalachia with our latest update for Fallout 76, which arrives today. Scare up some fun over the next two weeks by hunting down Spooky Scorched, trick-or-treating at others’ C.A.M.P.s, and by giving out candy from your own home. Read on to catch all the details.

Check the download sizes below for today’s patch on your platform of choice:

Spooky Scorched Are on the Prowl

Halloween is almost here, and some of the Scorched are getting into the spirit of the season by dressing in their most festive costumes as they creep around Appalachia! From now until November 2, whenever you spot “Spooky Scorched” during your adventures, or hear their spine-chilling holiday sounds, it’s time to go on the hunt.

The Scorched won’t be the only ones haunting the Wasteland this Halloween! From now until November 2, you can dress up in costume to go trick-or-treating around Appalachia with your friends, and even give out candy to trick-or-treaters who visit your home. Along the way, you’ll be able to complete new trick-or-treating Challenges to earn rewards.

Pass Out Candy to Trick-or-Treaters

Go On the Hunt for Candy!