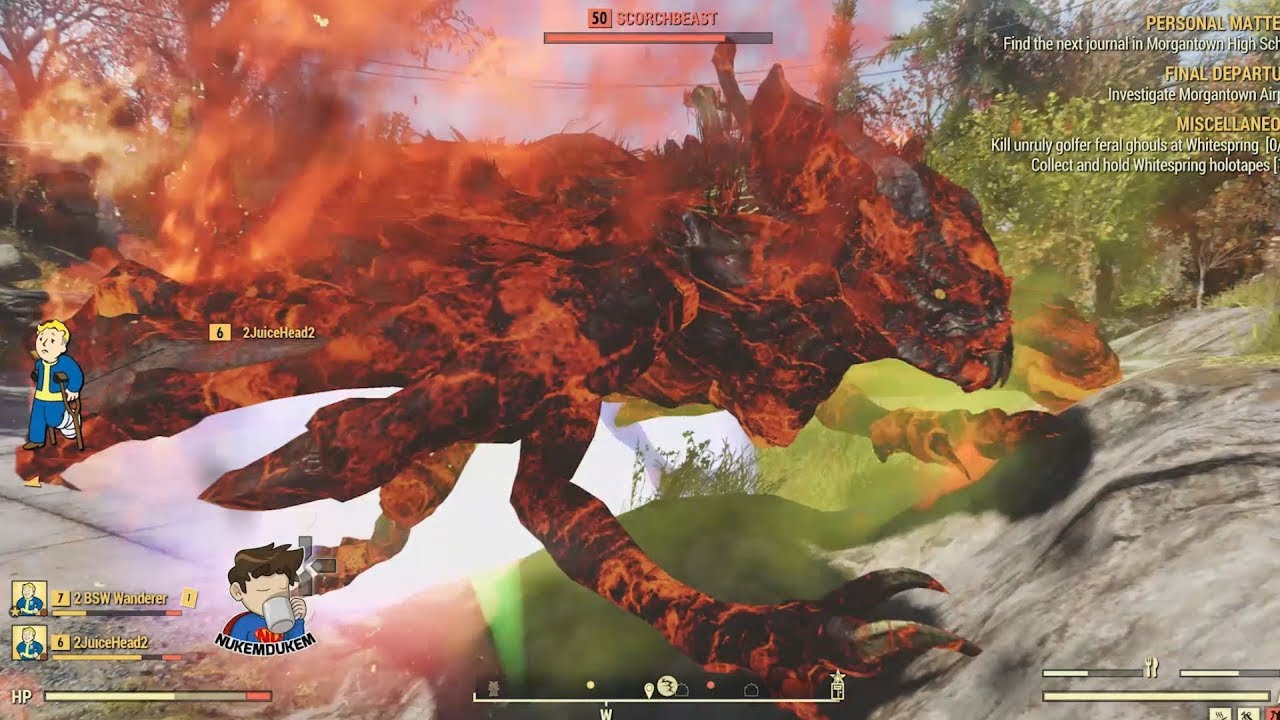 A new way of playing Fallout 76 has been suggested by a number of players in the community: Fallout 76 Veteran Mode. This new game mode would be optional for high level players, offering more challenge and better rewards for hardcore Vault Dwellers.

In a post on Reddit, user BackpackMarv posted about how, in a recent patch to Fallout 76, Bethesda have lowered the level requirements in a number of areas. They said that they think this is good because it stops players from going into areas and being totally annihilated by what should be lower level enemies. However, they added that they believe it’s not a great thing for high level players, who are now only left with a few areas in which to grind for loot against the game’s toughest creatures.

Their suggestion is that the core game of Fallout 76 plays in what would be called ‘normal mode,’ which is currently Adventure Mode. Here the enemies would be scaled to players, roughly, and kept at fairly low levels so that anyone seeking to progress through main quests and side quests can do so without any unpleasant surprises. This would be great for those of us who love to explore the game’s environments, picking apart the stories from carefully placed items in the world.

At level 50 however, a new, completely optional, mode would become available. This is where Veteran Mode comes into play. The idea is; when in Veteran Mode players are added to higher level servers. These servers might simply have higher level enemies, or they could start at level 50 and scale up to level 100. BackpackMarv also said that adding in some open world bosses, such as a Scorchbeast Queen, might not be a bad idea to keep things interesting.

The point of Veteran Mode wouldn’t be to punish high level players for thinking they’re better than everyone, and wanting more of a challenge. It would be to award better gear for greater challenges. Veteran Mode would award high level gear and weapons, allowing players at or above level 50 to earn some of the best items in the game, without compromising the experience for lower level players, who might stumble across them in the middle of a high level fight otherwise.

BackpackMarv adds that because there are only about 24 players on each server, the experience wouldn’t be compromised for either low level, or high level players. The proportions would be so small that the two groups would barely miss each other, unless high level players wanted to help a group, or get help from a group, having fun firing nukes.

In his most-recent video JuiceHead, a popular Bethesda YouTuber, talked about the change to areas becoming lower level, and therefore more accessible, as a bad thing. He’s played a lot of Fallout 76 and is at the endgame stage, which unfortunately consists of nothing more than killing high level enemies. Of course, with fewer areas to now do that in, the endgame for Fallout 76 is becoming poorer.

With QuakeCon 2019 starting soon there’s going to be lots more news about Fallout 76 on the way. Hopefully some of the information will go part of the way to address the issue at the core of Veteran Mode, providing more challenge for high level players and a better Fallout 76 endgame.

For more of Fallout 76 stick with MP1ST.

Rainbow Six Siege Y4S2.3 Patch Notes and Update Now Live for PC, Here’s Everything in It