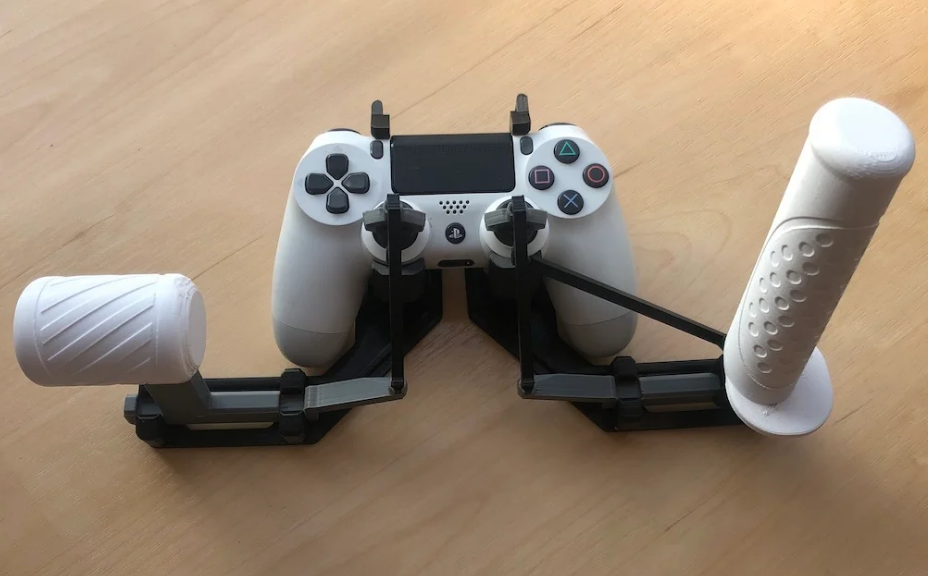 With Star Wars Squadrons being the latest game that lets would-be pilots dogfight in space, some might not feel that playing a traditional game controller is good enough of an experience. Sure, you can buy your own flght stick, but what if you can make your own? Apparently, that’s just what one gamer did!

According to the maker, the snap joins are actually LEGO compatible even! He has also shared a video of the creation process as well.

This 3D printed adapter snaps together and makes your PS4 DualShock controller into a simple HOTAS (joystick + throttle) or even a HOSAS (two joysticks with 4 triggers).

If you want to learn more about it, check out the STL’s here. Thre’s also a gif of all the adapters he’s made:

While one might argue that it’s not really a full-on HOTAS (hands on throttle-and-stick) controller, it’s hard to deny how awesome this is.