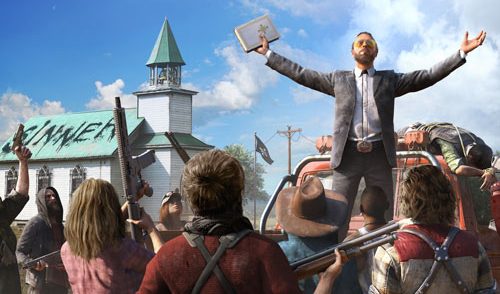 In addition to those two, Ubisoft also states, “one of the three unannounced franchise games initially planned for release in Fiscal 2018-19 now will be released in Fiscal 2019-20.” As one can expect, no other clues were given about this unannounced game.

According to Ubisoft, part of the delay stems from the the success of Assassin’s Creed Origins, which eschewed its annual release to tinker with the game’s formula.

Christine Burgess-Quémard, Ubisoft’s Worldwide Studios Executive Director: “This decision is in line with our strategic vision of developing even more engaging and higher quality experiences for gamers. Taking more time with Assassin’s Creed Origins enabled our talented development team to fully express their creative vision. As expected, this had a very positive impact on the game’s quality and largely participated to its commercial success. Taking a similar approach, we have decided to invest additional development time in three upcoming games.”

If the delay means more polish and a better gaming experience, then bring it on. I’d rather have a finished game than something rushed just to meet sales projections, and glad Ubisoft sees it that way too.

Report: Calling a Carpet Bomb Scorestreak in Call of Duty: WWII Hardcore Will Get You Kicked From Match