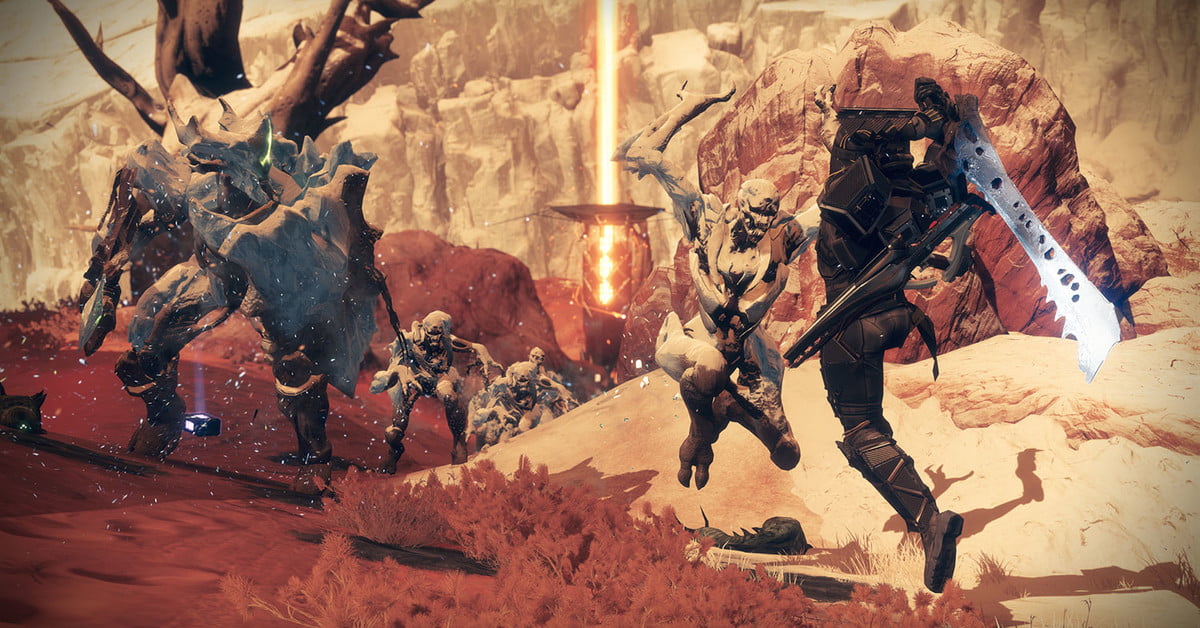 Bungie has announced the very first official Destiny 2 community challenge, and it’s going to take place on Mars. The game’s first ever community challenge will see players returning to the planet that played host to the Warmind DLC, and introduced the ice Hive. As such, it’s a fitting community event to be held just before players step into another war with the Hive in Shadowkeep.

The community challenge will begin on the weekly reset for September 3, 2019, and run for one week until September 10, 2019. During that time the entire Destiny 2 community will need to complete the following objectives.

For completing these objectives the players who take part in the activities during this community challenge will receive a unique emblem. In order to get the emblem, players must have completed one relevant Nightfall within the event, as long as all objectives are completed by the wider community.

Bungie has said that in addition to the emblem reward, players will be able to unlock further rewards with Calus. If the community complete all the objectives then Calus will unlock additional rewards for completions in the menagerie. From the moment the objectives are completed it will be possible to get two guaranteed rewards from slotting runes and opening the chest in the menagerie. On top of this, each Friday until the end of the season will see an additional reward as well.

The Destiny 2 community has always been a close one, made up of players who want to work together to achieve certain goals. From discovering the best path to completing a raid, to unlocking a weapon through means that are almost insane, the Destiny 2 community have been through it all. Now that Bungie has finally giving them a common objective to work towards, I expect we’ll see it completed within a day.