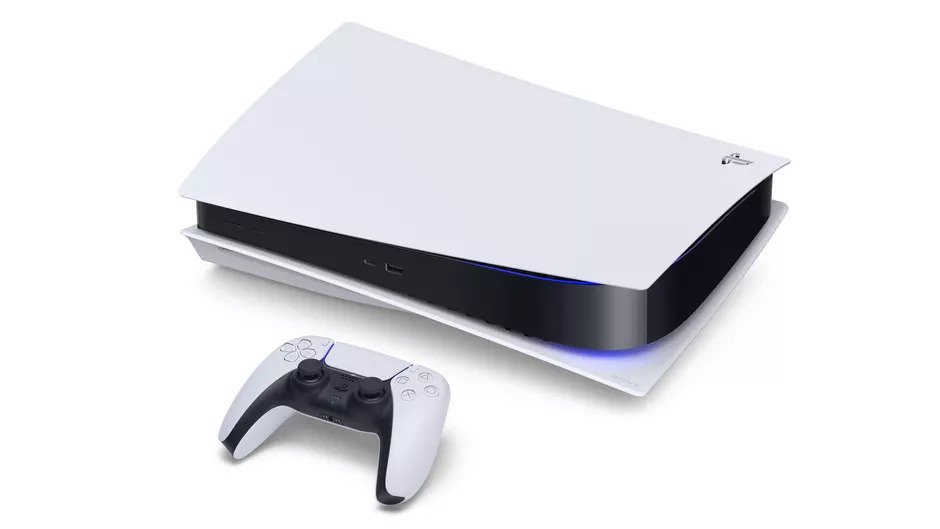 Sony has officially kicked off the PS5 marketing blitz it seems, as the first PS5 TV commercial has been released! This is a different way of showcasing the console, as we there’s no actual games revealed, though it does kind of showcase the DualSense’s new features.

Confused? Watch it and judge for yourself.

Titled “Play Has No Limits,” a new article for the TV spot has ben posted on the official PlayStation Blog. Sony’s Vice Preident of Global Marketing for Sony Interactive Entertainment Mary Yee explains how the ad features the DualSense’s new feature like haptic feedback, 3D audio and more.

In our first global digital ad for the PS5 console, you’ll see the new console’s features come to life through a young woman’s eyes and her movements. It starts as she walks across a frozen lake, feeling the crack of ice at her feet. As the character senses danger, the sudden explosive reveal of the kraken from the icy surface showcases the haptic feedback sensation you can feel from DualSense™ wireless controller for the PS5 console.

Sound then comes from all directions as the central character reacts to everything she hears – whether it’s coming from the front, the side, above, or from behind her – showcasing the PS5 console’s Tempest 3D AudioTech. Closing out the spot – as the central character draws her bow – the tension of her bowstring is a sensation you’ll also feel, made possible through the DualSense wireless controller’s adaptive triggers.

In addition to that, Sony has rounded up some of the developers working on PS5 games to talk about the DualSense’s new features too! 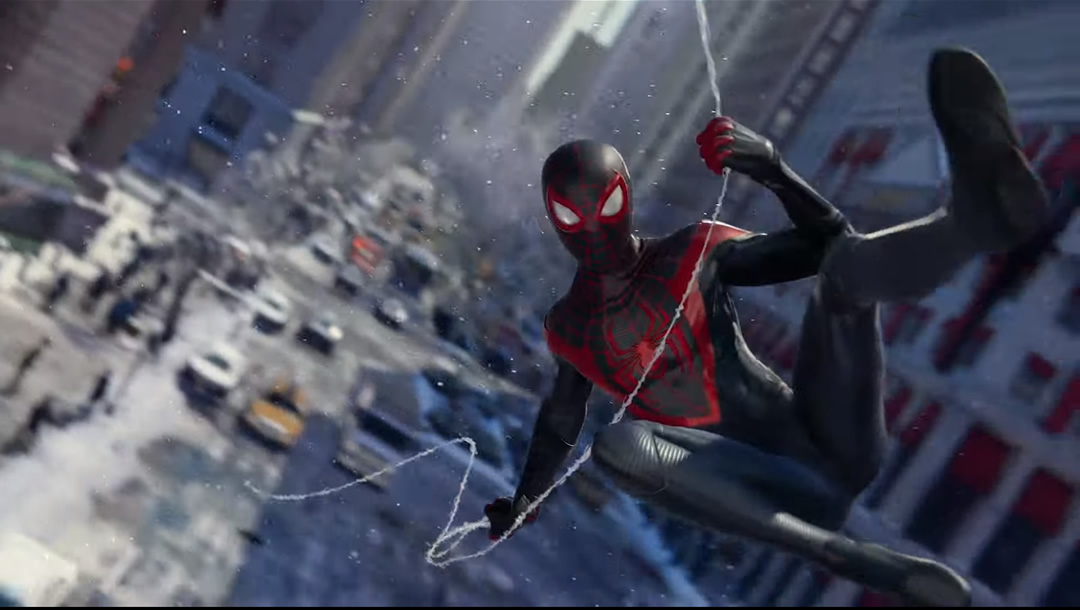 “The haptic feedback precision allows us to do all sorts of new things. In Marvel’s Spider-Man: Miles Morales, we’ll be hinting to players which direction attacks are coming from by providing haptic feedback from the appropriate direction on the DualSense wireless controller. What does it feel like to use Miles’s stealth ability? How does a Venom Blast feel? Because of the high resolution of DualSense wireless controller’s haptics system, we can really push the dimensionality of the feedback. For instance, as you hold down Square to do a Venom Punch, you feel Spider-Man’s bio-electricity crackle across from the left side of the controller, culminating in the right side on impact.” –Brian Horton // Creative Director, Marvel’s Spider-Man: Miles Morales 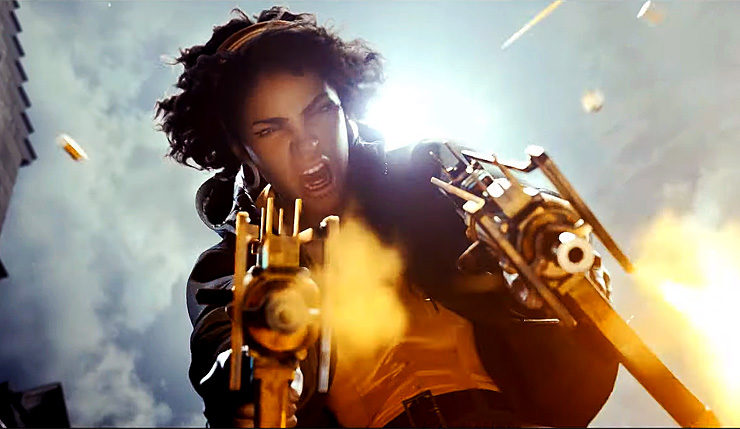 I’m really excited by the adaptive triggers and the haptic feedback, both features that will bring some physicality in game experiences, and give important feedback. Deathloop being a first-person shooter, we do a lot of things to make weapons feel differently from one another. One I like is blocking the triggers when your weapon jams, to give to the player an immediate feedback even before the animation plays out, which prompts the player in a physical way that they have to unjam their gun. –Dinga Bakaba // Game Director, Deathloop 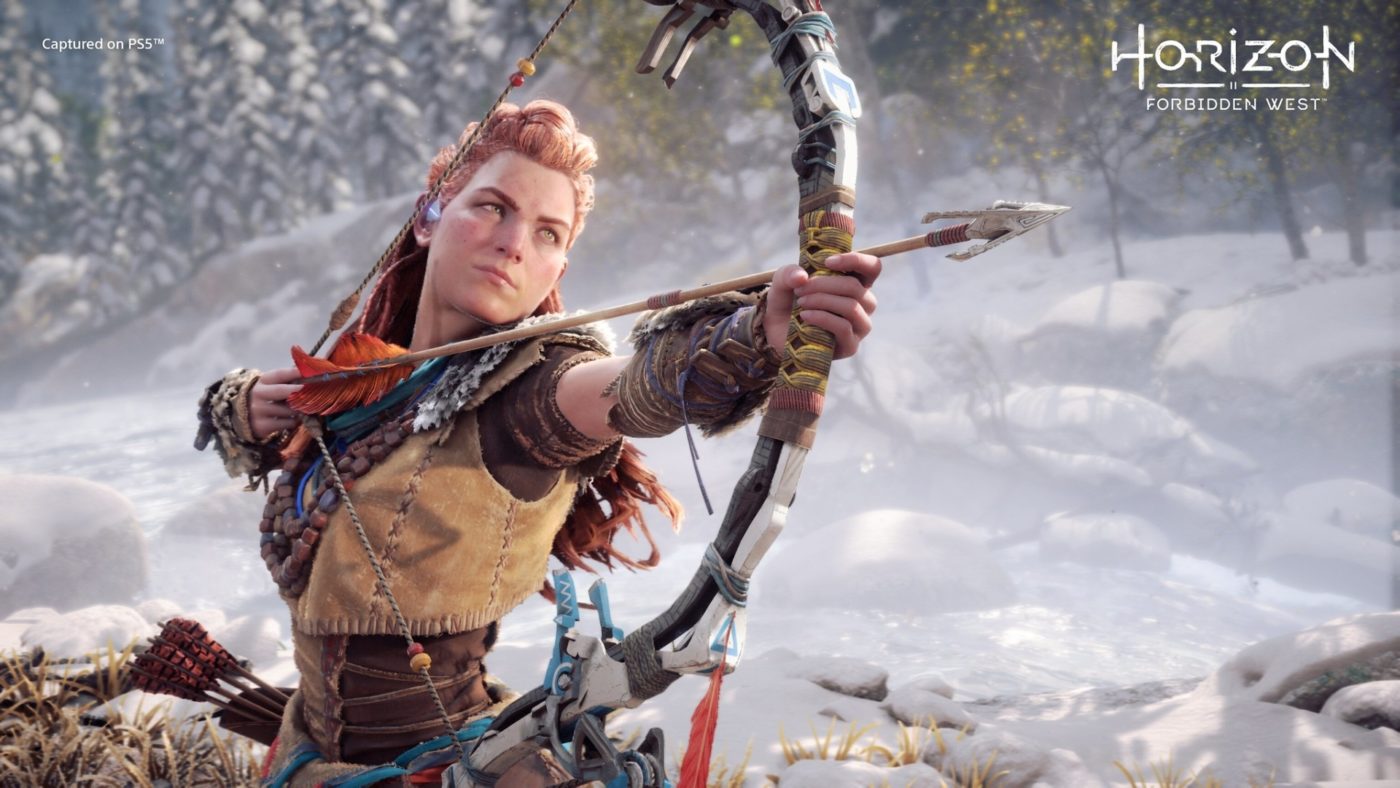 Horizon Forbidden West features new weapons that are designed to feel unique and play a specific role in combat with machines and human opponents. The DualSense wireless controller adaptive triggers will help us to make the weapons feel even more unique and satisfying to use.— Mathijs de Jonge //  Game Director, Guerrilla

With the DualSense wireless controller and the power of haptics, we can make the combat [in Demon’s Souls] feel grittier, darker, and deadlier. Now you feel every blow as you strike down your enemies and cast each spell. You’ll experience the force of a titanic boss’ attack as you pull off a well-timed guard. Metal strikes metal when your foes block your attacks or you block theirs. That extra sensory feedback through the controller allows you to know your attack hit home and your perfectly-timed parry was a success, so you can react faster and more decisively.

We can also turn the simple act of pulling a lever to open a gate into a sensory experience. This is something that rumble could never do. It could never replicate the feeling of metal striking metal or fire crackling in your hand as you conjure magic. Haptics [are] integral to the experience, to immersing the player in the world and adding to the gameplay. The visual, aural, and tactile working together takes this new generation of gaming into the future. — Gavin Moore // Creative Director, SIE Japan Studio 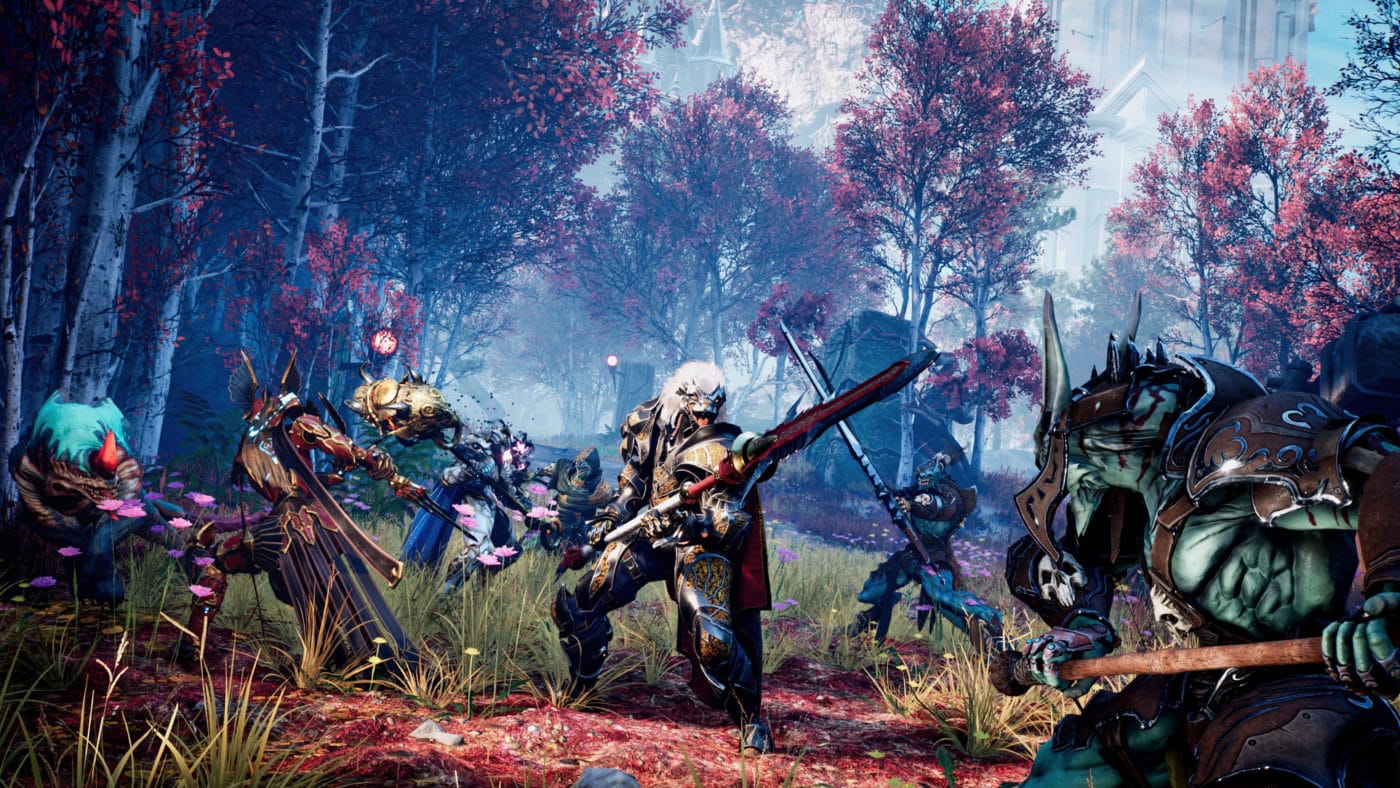 As a player, I’m excited to finally FEEL which weapon I’m holding in my hands without looking at any UI. I can also sense where an enemy is spatially, even outside of my field of view. — Keith Lee // CEO, Counterplay Games

The adaptive triggers are something we’re excited to feature [in Ratchet & Clank: Rift Apart]! For instance, the Enforcer is a dual-barreled shotgun type weapon. As you pull the trigger, you’ll fire from one barrel, and you can feel resistance around halfway down the trigger. Need a bigger blast? Pull the trigger through that resistance point and you’ll fire both barrels at the same time. — Marcus Smith // Creative Director, Insomniac Games

As a developer, we want to surprise with unexpected feelings so the haptic feedback has been our central focus [for Astro’s Playroom]. The concept of “feeling the world” is omnipresent, that’s a significant step forward in immersion. I tried turning haptic feedback off once, and could not believe how much I missed it. It is a game changer for sure!

We use haptic feedback throughout the entire game. The most striking are the surfaces because players will notice within the first few seconds. Astro’s steps can be felt running on plastic, metal, sand, and even splashing in water. –– Nicolas Doucet // Studio Director, Japan Studio

Adaptive triggers have enabled us to provide sensations which match what Sackboy would feel in game. For example, when picking objects up, there is a tension to each press which conveys that the little guy is struggling to carry it. Similarly, when equipped with the grappling hook, R2’s ‘Weapon Mode’ makes the player feel like they’re actually firing it themselves.— Ned Waterhouse // Design Director, Sumo Digital 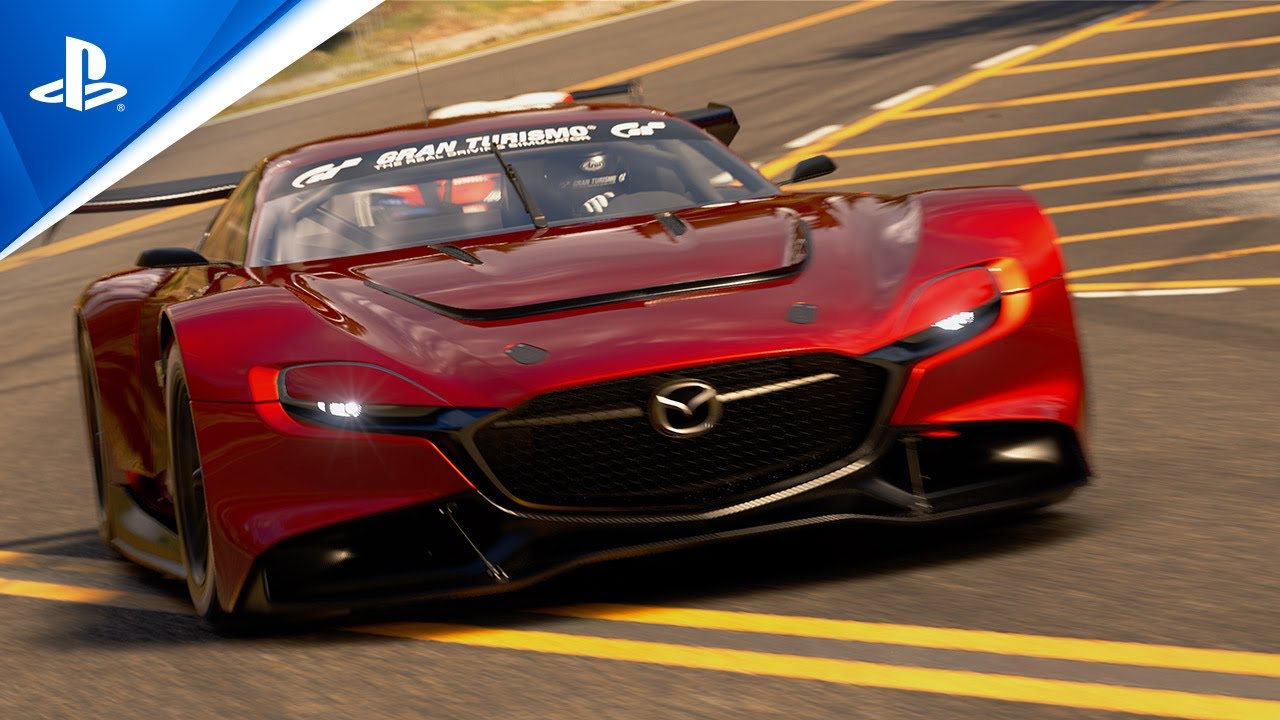 think the most effective use of the adaptive trigger [in Gran Turismo 7] is for representing the operation of the antilock brake system (ABS) while braking. A typical ABS releases brake pressure intermittently while the driver applies pressure to the pedal. The adaptive trigger is suited for recreating this pedal feel, and it will allow the player to accurately feel and understand the relationship between the braking force they want and the tire’s grip.

Compared to the rumble force feedback we had in the past, the special character of the haptic feedback is that it has a bigger range of frequencies it can produce.

What this means, is that sound design and tactile design can be handled in a continuous, integrated manner. — Kazunori Yamauchi // President, Polyphony Digital

Sony notes that more info regarding the console will be shared “soon.”

Speaking of the DualSense, Sony has confirmed it’ll have upgradable software, which is a first for the platform.