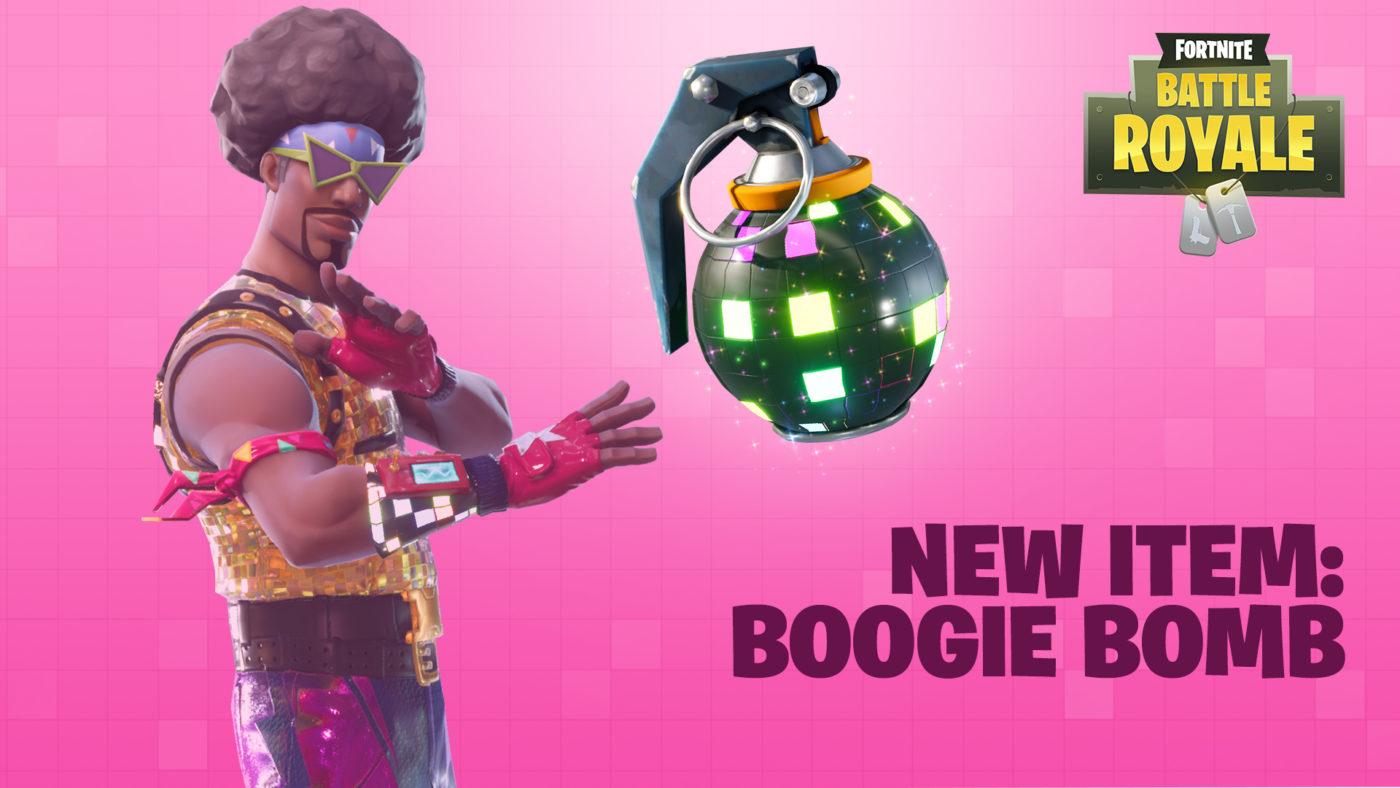 A new Fortnite update is rolling out across all platforms. Update V.2.1.0 patches up “a number of issues,” and includes a “number of quality of life improvements.”

Battle Royale players will be happy (or sad, I guess) to hear that the Boogie Bomb has received a nerf, to make it less unstoppable. What’s more, footstep volume has been increased, making it easier to track enemies.

The “Cozy Campire” also makes its way into Battle Royale. This healing trap heals 2 HP per second and lasts for 25 seconds.

Here’s the full list of patch notes for both Battle Royale and Save the World:

Fixed an issue which caused crafting to fail even when there was space in your inventory.

Fixed an issue that caused Ninja smoke bombs to heal players even when the “Medicinal Fumes” perk wasn’t unlocked.

The BASE MD perk now heals all allies on affected floors, and the perk properly applies only to the BASE placed by the Constructor.

Known Issue: This perk is still failing to boost abilities like Shock Tower and BASE that spawn an object that deals energy damage.

Fixed an issue that prevented players from receiving the Raider Nomad hero from the collection book.

Players will be granted this hero automatically if they have reached Collection Book level 100.

Fixed an issue that would award large amounts of seasonal gold even when failing an Evacuate the Shelter mission.

Fixed a rare crash that occurred when selecting “Reward Info” in the Collection Book.

Happy with the changes? Sad to see the Boogie Bomb nerfed? Let us know.