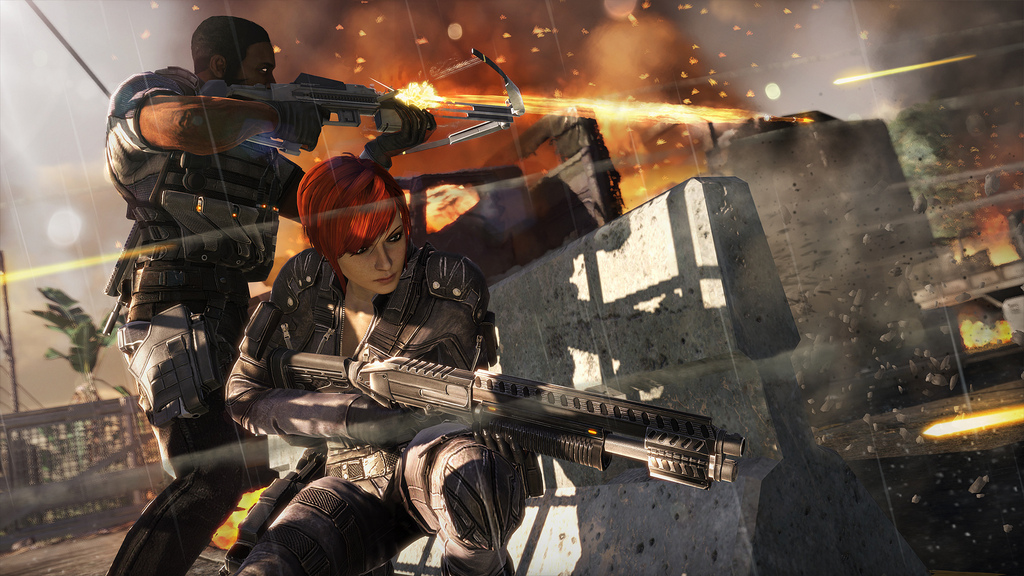 “Fuse, an alien energy source, is stolen. Overstrike 9 is sent in to retrieve it. Join up to 3 friends as you deploy lethal teamwork and experimental weapons to recover it.”

For those who didn’t know, Fuse is the re-envisioned title what once was Overstrike, revealed early this year. You can check out the original announcement trailer below.

While both look great, there is indeed a huge different now. Which do you prefer? The old or the new?