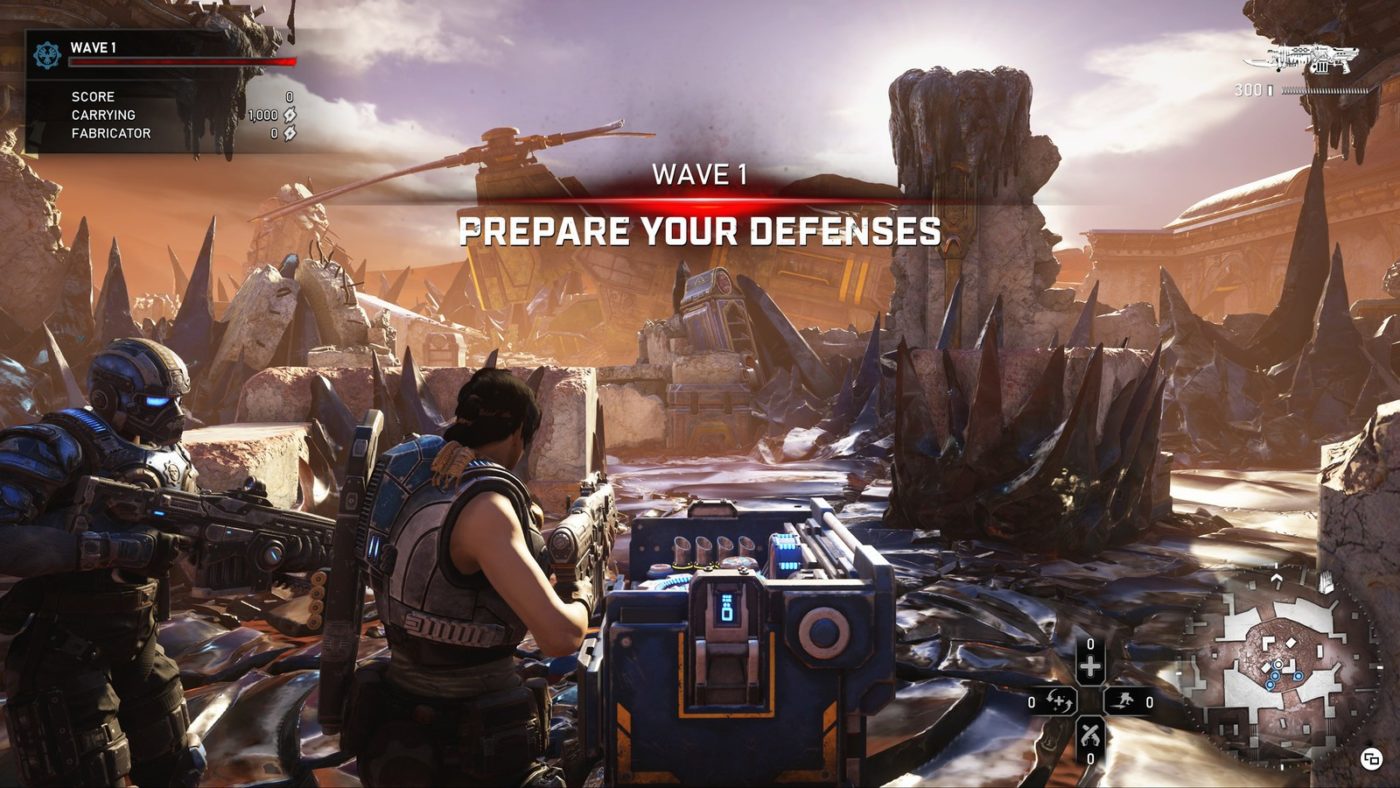 The Coalition has just released Operation 6 on Gears 5 today! The Gears 5 update 1.2.909.0 has rolled out and will feature the new Operation 6 bundle, a new Horde event, gameplay fixes, and loads more!  Head on below for the patch notes!

Control is based on King of the Hill but with some changes, while the main objective will be to capture an objective area, you will be required to stay inside the area to score points for your team, additionally each player will have an individual respawn timer and the ring will be 2.5 times bigger than the regular King of the Hill ring

Niles has been up to his old tricks again and has created unique enemies for you to take on in this 10-wave epic.

Expect to encounter unique Locust enemies who will use weapons such as the Retro Lancer and even the pipe!

Oh… and expect many, many sires.

For the Operation 6 bundle, and new items in the store, head on below.

This bundle will give you access to the three, new Operation 6 drop 1 characters, a new weapon set, and more!

Showing the different Operation 6 Tour of Duty rewards from Recruit all the way to General.

We have a new set of rewards for the new Tour of Duty this operation, with the General reward being the striking Blood Red Queen Reyna.

Along the way you will earn five character skins, three new weapon sets, a mark, bloodspray and expressions. Should you reach General, you can continue to progress and earn even more Gears Coins that you can use for items in the store.

You can see the full Tour of Duty reward table below!

With a new operation comes a new medal list for you to complete! As always, each individual medal gives you progress towards your Tour of Duty, and if you finish a medal group, expect some extra coins for your efforts.

Note: You can view the PvP and PvE medal groups here.

Completion of this medal group will grant: 2,000 coins

Completion of this medal group will grant: 2,000 coins

Completion of this medal group will grant: 3,000 coins

Completion of this medal group will grant: 5,000 coins

This Weekly Hive has a very simple description: “Just run, run, run”! Outrun the venom and get to the exit!

The new items, now available in the Gears 5 store for the Week of March 2

The featured items, now available in the Gears 5 store for the Week of March 2

Once we get wind of the next patch for Gears 5, we’ll let our readers know.