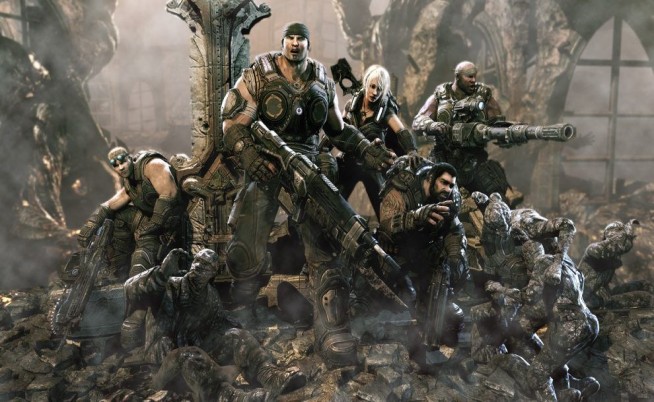 We have new information regarding the upcoming Gears of War 3’s Easter Weekend event.

According to Epic Games senior multiplayer programmer Peter Knepely, Horde will be receiving the classic treatment this weekend, meaning no fortifications, no bonus objectives, no respawns and no lambent enemies. The multiplayer portion will also be receiving 2x XP, with a custom gametype titled ‘Raven Down 24/7’, in which it’s nothing but Gnasher Shotgun’s on, you guessed it, Raven Down. We saved the best for last. Beast Mode will be receiving custom beasts to choose from – you’ll also be hunting Easter bunnies.

No other information has been given at this time regarding what exactly ‘hunting Easter bunnies’ means or which custom beasts will make an appearance, but we’re sure it will be a hell of a lot of fun!

Don’t forget, in order to play Raven Down 24/7 you will need to pick up the latest map pack, Forces of Nature valued at 800 Microsoft Points. Dust off your discs and have some fun this holiday weekend blasting Locusts, or in this case, hunting Easter bunnies.

Hailing from beautiful Pittsburgh PA, Shawn has spent most of his 25 years playing video games. The original Killzone on PlayStation 2 captured his love for competitive multiplayer experiences and has thrived on that ever since. Now I live, breathe and eat multiplayer madness with the guys and gals of Lucky Strike.
News Epic Games, Featured, Gears of War 3
view related posts
HOT MULTIPLAYER GAMES
& UPCOMING RELEASES