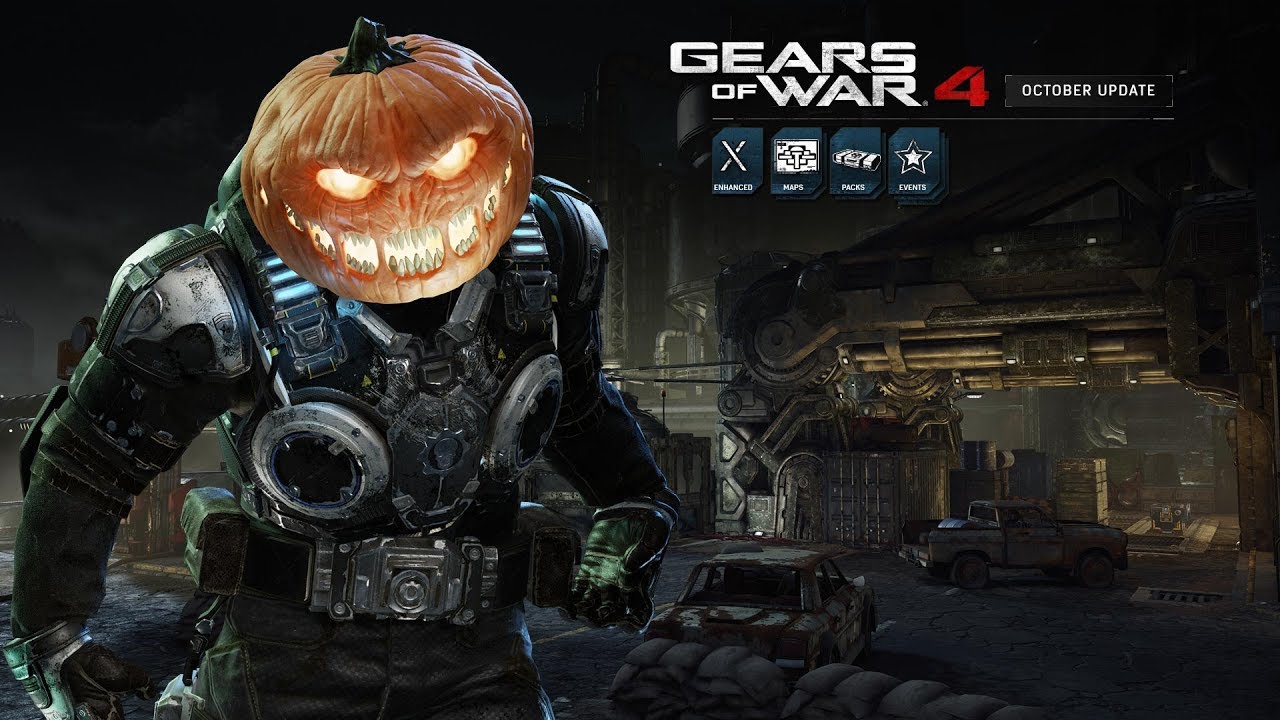 The Coalition is prepping a big update for Gears of War 4 scheduled to land on October 23. It’ll bring the final two maps to the game, Fuel Depot and Lift Apex, while also including support for the upcoming Xbox One X enhancements.

That rush for Longshot in the trucks and that first dual sniper showdown is still as nailbiting as it was over 10 years ago – prepare to experience it all in a fresh light with the return of Fuel Depot to Gears 4!

Fuel Depot’s larger size provides ample opportunities to flank and catch opponents out in the open, while the warehouse gives Gnasher players a chance to shine with plenty of cover. The small windows of visibility offered by the warehouse shutters are still great for harassing your opponents with a Lancer – provided the enemy Sniper doesn’t take your head off first!

Lift Apex builds upon the spirit of the original by re-imagining the design of the map without the mechanics of a moving lift and expanding territory. Set in an Imulsion Extraction Facility right in the middle of the Serano ocean, this ocean-bound elevator introduces a faster and more tactical experience than its original inspiration.

The battlefield has been redefined in small and large ways that will change the fights you think you know – from the faster flow from spawn to the numerous cover changes that offer different solutions to tackle each part of the map.

Without the movement of the lift in play, the action is fierce from the second you leave spawn thanks to two immediately available Power Weapons and Frags to fight over. The submarine bay offers a new enclosed defensible position (which is also great for Horde!) with a nearby EMBAR or Longshot that – if you’re brave enough to secure it – is the perfect tool to punish opponents from this elevated position.

New strategies will emerge thanks to timed shutters that can be closed by players in the Control Room, offering a window of protection for a limited amount of time. Use it to cover your back while crossing from mid, to force opponents into fighting up close and personal for a ring or simply to deny sightlines.

Planning on picking up an Xbox One X? You can pre-download our Xbox One X Enhanced content before you own your console by going to System -> Download 4K Game Content. Once this Update releases, you’ll be able to manually download the content for easy transfer (via external HDD or local network) once your console joins your Xbox family.

Don’t forget that only the Xbox One X has the power to take advantage of our Enhanced content, so please do not toggle this option if you’re not planning to upgrade. You’ll just be taking up storage space!

There’s plenty more to come from Gears of War 4 in 2017! Halloween is just around the corner with new characters to collect, new weapon skins to earn and some spooky-themed events!

In addition to all of this, season pass holders will be receiving a new bonus called “Map Owned.” This will “offer a permanent percentage increase in XP and Credit gain for any maps you own whenever you play on them in Public Versus or Horde.” It’ll also replace the Developer Playlists with Double XP and 20% Bonus Credit event.

In Xbox One news, Hori is coming out with a new officially licensed keyboard and mouse for the console, the fall update is here with lots of new features, and October 2017’s Games With Gold are available to download.