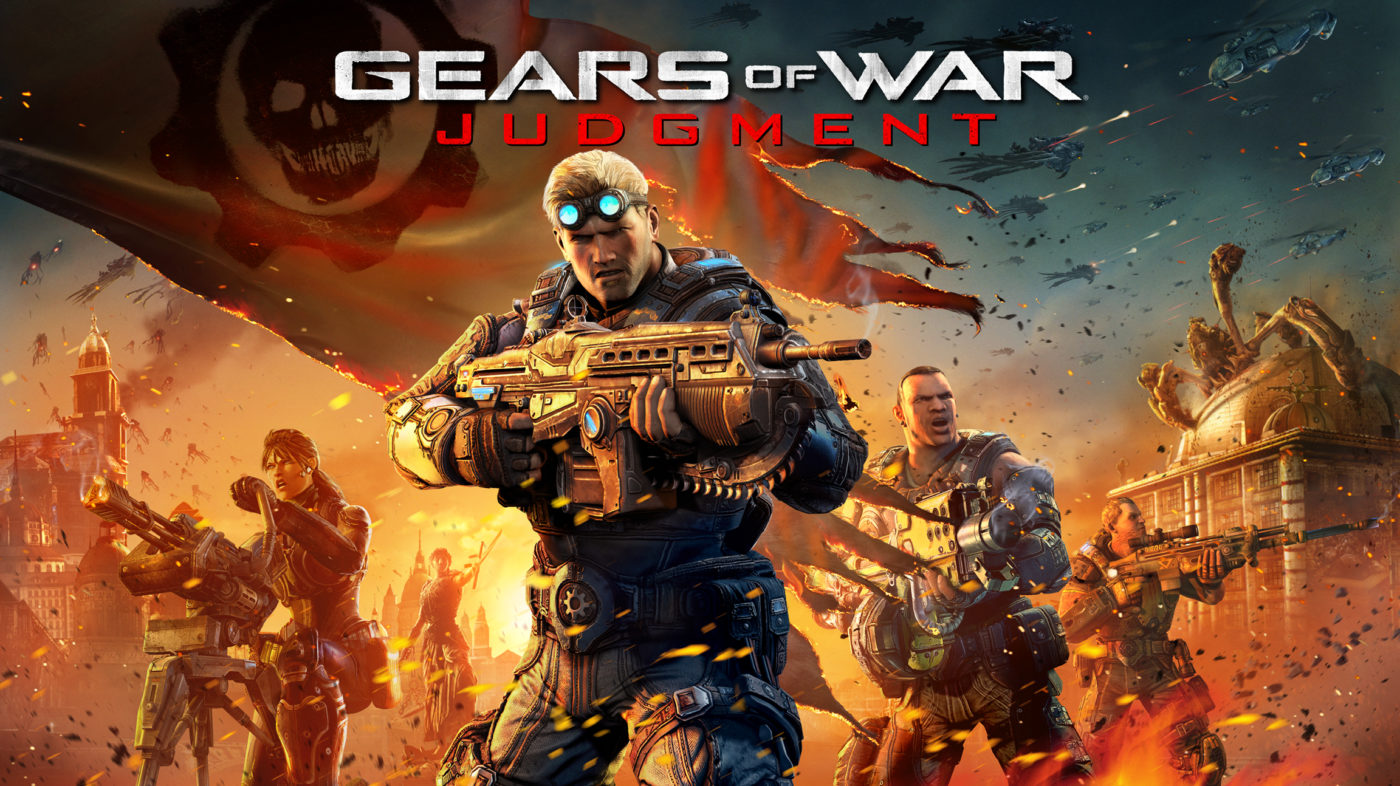 Epic Games and Microsoft have begun to reveal some information regarding the upcoming Xbox 360 exclusive shooter, Gears of War: Judgment. The official final boxart was revealed today (seen in the image above), and retailers now can begin taking pre-orders.

Starting today, Gears of War fans who pre-order Judgment at participating retailers will receive the exclusive six shot Classic Hammerburst weapon for multiplayer. Below is some footage of it in action.

Judgment is the prequel to Gears of War 1, which follows Kilo Squad, a group of soldiers led by Damon Baird and Augustus Cole from the previous Gears of War titles. Also accompanying the two returnees are newcomers Sofia Hendricks and Garron Paduk, as they attempt to save Halvo Bay from the emerging Locust forces.

Further incentives will be available in the future, including multiplayer character skins Young Marcus, Young Dom, Anya and the heavily requested Alex Brand. Stay tuned to MP1st for any further information.

Thanks to EPIC for the info.

Hailing from beautiful Pittsburgh PA, Shawn has spent most of his 25 years playing video games. The original Killzone on PlayStation 2 captured his love for competitive multiplayer experiences and has thrived on that ever since. Now I live, breathe and eat multiplayer madness with the guys and gals of Lucky Strike.
News Featured, Gears of War: Judgment, news, Xbox 360
view related posts
HOT MULTIPLAYER GAMES
& UPCOMING RELEASES