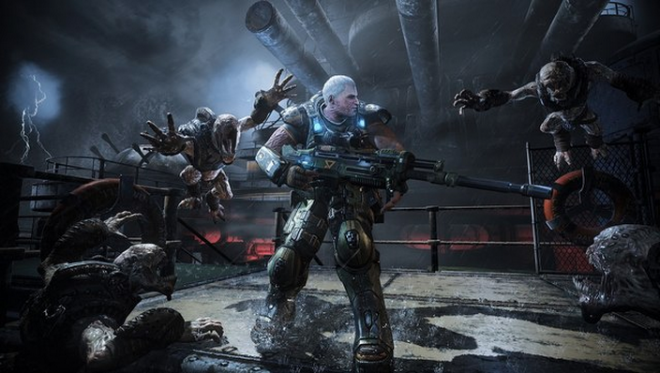 Incoming DLC to Epic and People Can Fly’s Gears of War: Judgment is hitting the Xbox 360 mid-may, is completely free, and is sponsored by men’s magazine, Maxim.

You’ll be able to download a brand new multiplayer map for GOW:J’s OverRun multiplayer mode called “Dreadnought” this May 15.

In this map, the action takes place on the CNV Pomeroy, a naval vessel used to transport captured Locust Berserkers.

“Little did they know that the Locust had waterborne beasts from the underground rivers of the Hollow, or that the Locust soldiers would use them so relentlessly to rescue the captured Berserkers,” reads the map’s description. “The Pomeroy was corralled into a narrow channel and forced ashore, where the Locust sent a mass of troops to assault and overwhelm the beached vessel.”