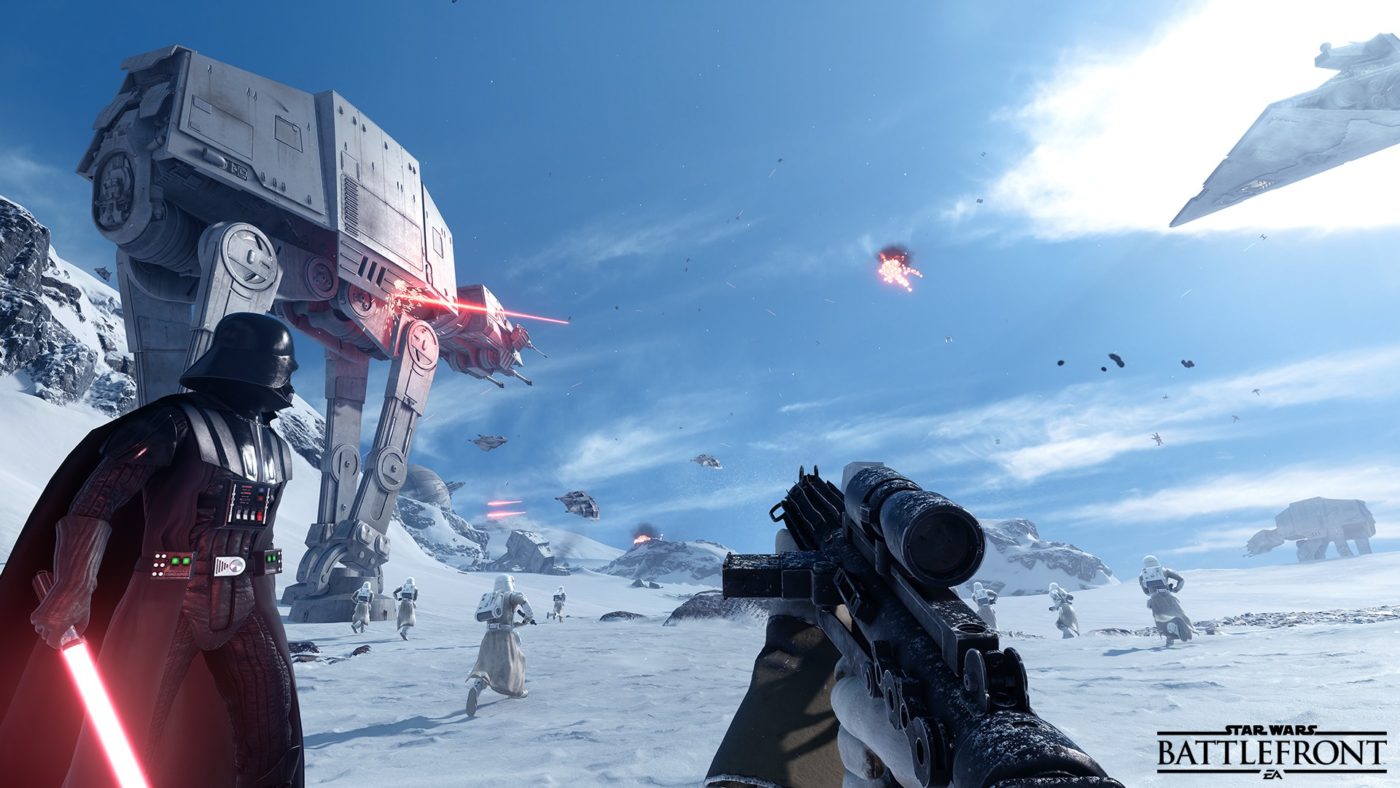 Do you feel it? A disturbance in the Force. The Star Wars Battlefront Beta is happening.

“Coming early October to PlayStation 4, Xbox One, and on Origin for PC, the Star Wars Battlefront Beta is a technical test and will feature Walker Assault on Hoth, a 40-player multiplayer battle featuring Rebels and the Empire,” EA announced in a recent blog update. “Walker Assault will also give you the chance to play as two of the most iconic characters in the Star Wars universe: Darth Vader and Luke Skywalker.”

If you remember, Walker Assault was the first Star Wars Battlefront game mode revealed to fans, who got their first taste of actual gameplay at E3 earlier this summer.

“The Beta will also feature our Survival Mission on Tatooine, where you and a Rebel friend must fight back waves of Imperial forces,” EA added. “In addition to those two modes, we are excited to reveal a brand-new mode that will be available in the Beta, Drop Zone. We’ll be sharing more details on Drop Zone in the weeks ahead.”

During the Beta, the new Star Wars Battlefront companion app, based on a strategic card game called Base Command, will also be available at www.StarWarsBattlefront.com. It will let you earn in-game Credits that unlock Star Cards, weapons, and more. It will also let you check game stats and progression, customize load-outs and appearance, connect with and track friends, notifying you when they’re playing Star Wars Battlefront.

More details are coming in the weeks ahead, says EA. For now, you can keep an eye official beta page for updates.