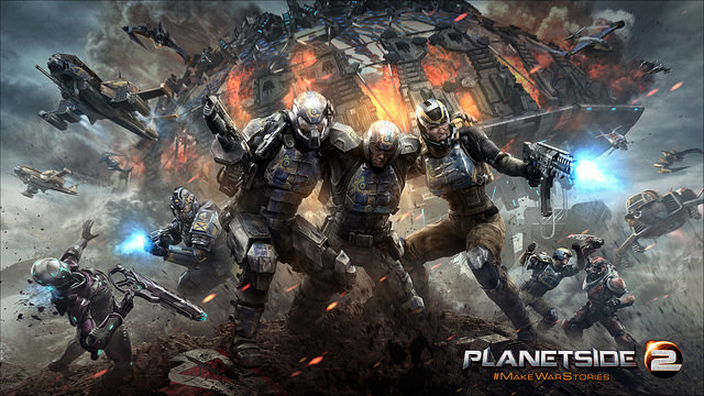 Get In On The PlanetSide 2 PlayStation 4 Closed Beta This Month, SOE Reveals Launch Date

PlanetSide 2, the massive multiplayer online first-person shooter from Sony Online Entertainment, is finally making its way to the PlayStation 4 in Closed Beta form, and sooner than you might expect.

In an official announcement from developer SOE earlier today, we learned that the PlanetSide 2 Closed Beta will launch on PS4 later this month, on January 20.

“We’ll be using this beta period to test our servers, performance, and various other aspects of the game, and we also want you to share constructive feedback on PlanetSide 2,” SOE wrote. “All players in the Closed Beta will have access to our special Beta forums, which will be the primary location for development interaction and feedback. We want the massive battles to make your heart pound and adrenaline pump, so share your thoughts with us.”

If you haven’t yet, you can opt in for a chance to participate by signing up on the game’s official website. Only a few thousand gamers will be selected for an initial round of invites “to ensure the most positive gameplay experience,” says SOE. Expect additional waves of invites throughout the Closed Beta period.

PlanetSide 2 originally launched on PC in 2012 as a free-to-play shooter. An official release date on PlayStation 4 is not yet determined.