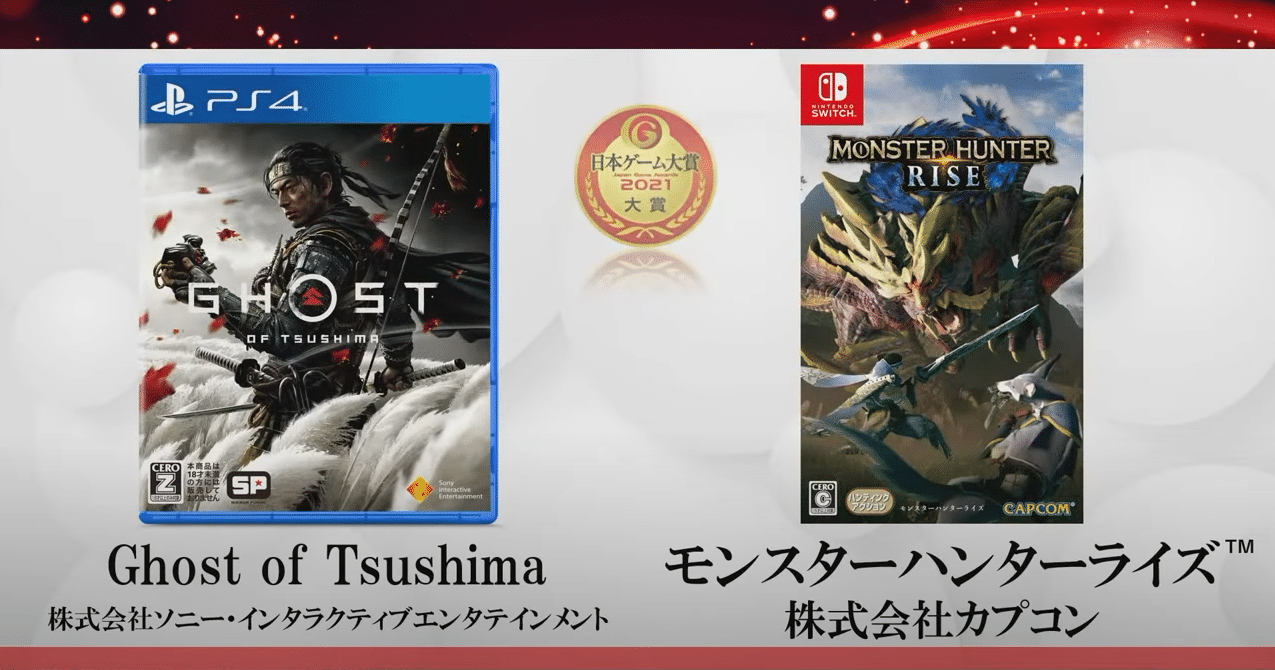 Outside of selling a ton, it sems Sucker Punch Productions Ghost of Tsushima has also won a huge award in Japan this year! Both Ghost of Tsushima, and Monster Hunter Rise win Game of the Year at the Tokyo Game Show’s Japan Game Awards 2021 online event! Note that Ghost of Tsushima was released last year, but given TGS was cancelled in 2020, it’s part of the nominees list for this year.

As shown in the livestream broadcast of the Japan Game Awards, both the PlayStation Studios exclusive, and Capcom’s action-RPG won big, and shared the crown as the fan voted favorites to win the GOTY award!

It comes as no surprise that Ghost of Tsushima won. The Sucker Punch Productions masterpiece sold well over 6.5 million copies, and won Game of the Year at last year’s The Game of Awards. Now its enhanced re-release enjoys the same victory in the Japan Game Awards, proving that Japanese gamers love the game and how it pays tribute to the country’s rich history and samurai heritage. You can read our Ghost of Tsushima review here, where it got an impressive 9.5/10 score.

As for Monster Hunter Rise, the game is another mega hit for Capcom’s growing monster slaying franchise that earns another Game of the Year award. Released early this year as a Nintendo Switch title, the game is set to be released for PC players this coming March.

Friday the 13th: The Game Developer Ilffonic Working on a Ghostbusters Game

Choo-Choo Charles Combines Our Fear of Spiders With a Train