But before diving into that, go watch this new live-action trailer featuring Jon Bernthal (The Walking Dead, Netflix’s The Punisher):

As for the Ghost Recon Breakpoint Year 1 roadmap details, it’ll start with the launch of Operation Greenstone, followed by Episode 2, and 3, which will be released every four months. Each Episode will, according to Ubisoft, offer “hours” of new content and support, including a New Adventure, New end-game content (raid and updates), Faction Missions, as well as PvP updates and regular new content. 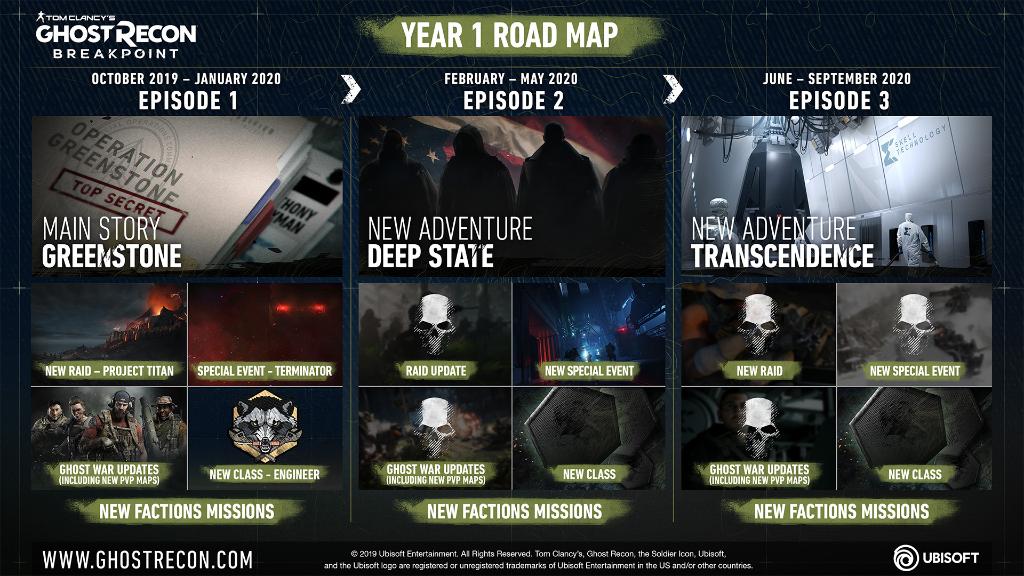 If you played Ubisoft’s other games like The Division 2, Rainbow Six Siege and the like, then you’d know that the publisher supports its games a ton post-launch. It seems this trend will continue with Breakpoint once it releases this October 4.

For more on Breakpoint, read up on its PvP mode here, and don’t forget to check out this weird animated trailer showing us some of the shooter’s new features.