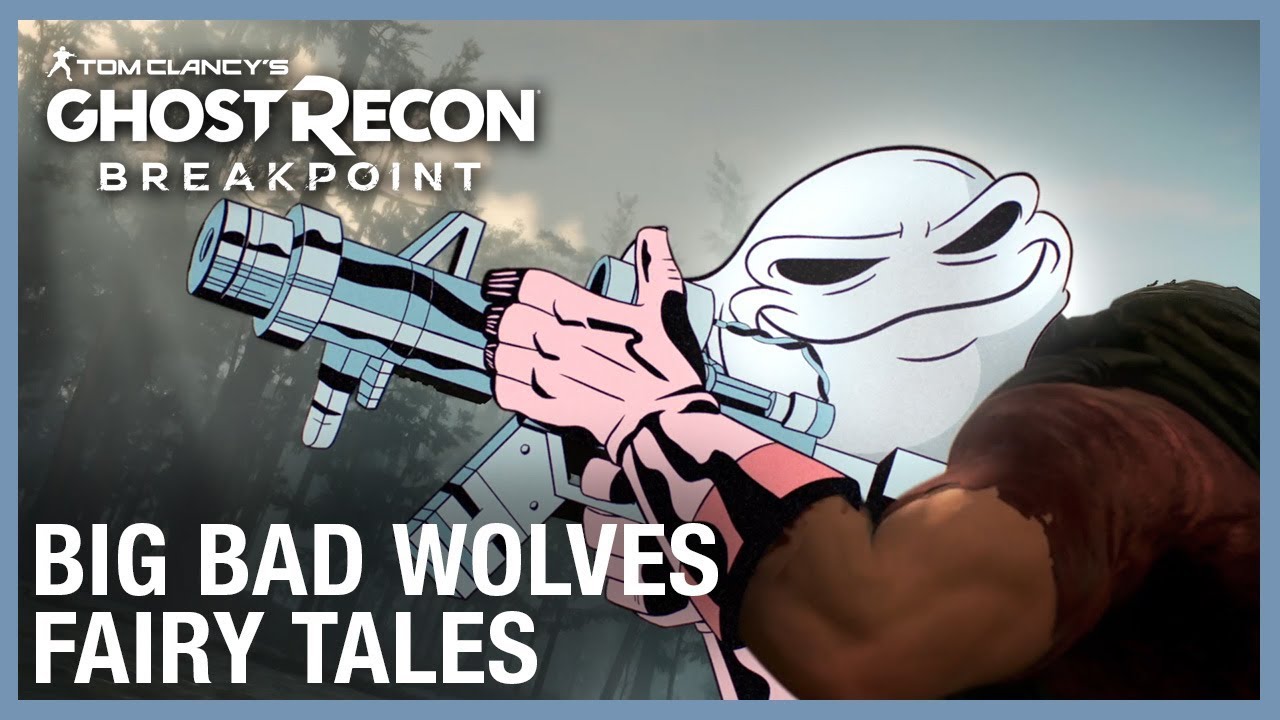 Ubisoft has released a new Ghost Recon Breakpoint video that showcases some of the new features the game has in tow. While that in itself is normal for most publishers hyping up their game, this one ups the weird-ness scale all the way to nine (at least!). Below, a video called the “Big Bad Wolves Fairy Tales” can be seen, and it mixes Breakpoint gameplay with animation — though in a way I doubt anyone would expect.

Yep, I wasn’t kidding, wasn’t I? Mind, not saying it’s a bad move, but just odd how they’re making it more kiddie-like and whatnot.

In other Ghost Recon Breakpoint news, go check out details on its PvP mode right here, and don’t forget that its beta will start next week!