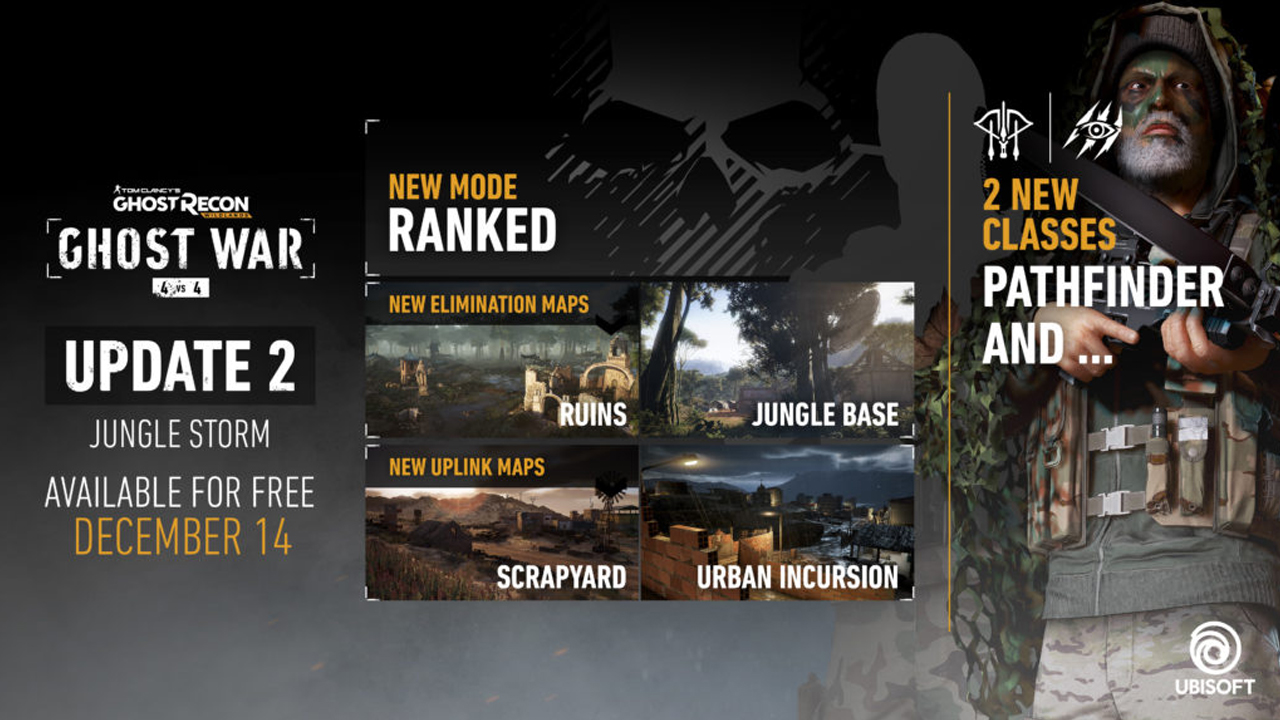 Ghost Recon Wildlands was recently transformed from a hardcore PvE adventure, into a hardcore PvE and PvP experience. The PvP Ghost War mode is set to expand on December 14, with the next free major update.

All players will gain access to two new classes, be able to take part in ranked play, test their skills on new maps, wield new weapons, and more.

Here’s everything we know about the December 14 update, so far:

The competitive battlegrounds of Ghost War are expanding on December 14 with the second major free update to Ghost Recon Wildlands’ PVP mode. Two new classes are joining the fight, one of which is the Pathfinder, a stealth-oriented Ghost who brings a fearsome crossbow into the field and cannot be marked by drones. The second class? Well, that remains a mystery for now; tune into the Wildlands live stream on the Ubisoft Twitch channel on December 13 at 9AM PST to find out more.

The Jungle Storm update will also introduce ranked play, which will challenge players and squads to see how they stack up against their Ghost War competition. There will also be new maps coming for Elimination and Uplink modes, new weapons, and new gameplay updates for both PVP and PVE modes.

And here’s the official trailer for the update:

Are you looking forward to seeing the Ghost Recon Wildlands PvP mode expanding? Let us know.

In other gaming news, be sure to get an extended look at the bizarre Death Stranding, take a gander at the new PUBG desert map in the new trailer, and catch up on all of The Game Awards 2017 winners here.