Originally, Rockstar games announced GTA V to release September 17 solely for the Xbox 360 and PlayStation 3 platforms, with a PC and Wii U version only “up for consideration.” Now, listings spotted on Amazon.de and gamesonly.at suggest that a PC version of GTA V is likely. 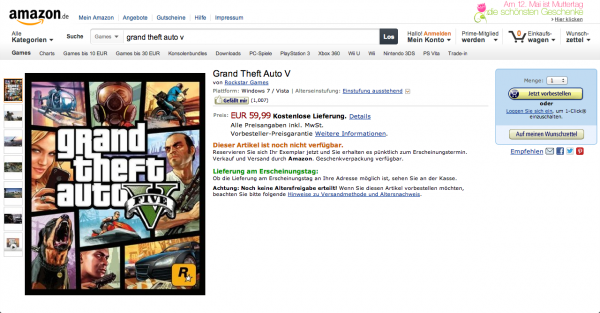 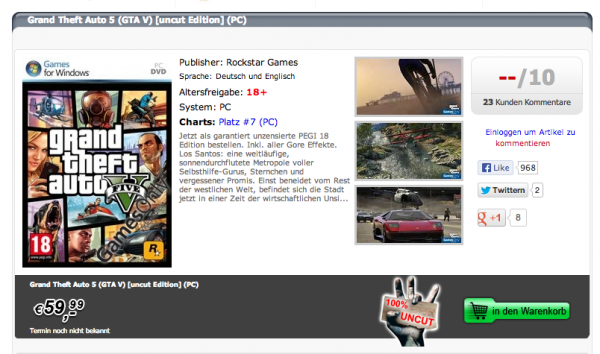 Amazon France posted a similar PC listing back in January.

The “Uncut Edition” of GTA V listed by gamesonly.at described the following goodies to come included:

The list was originally spotted and described by a GTA V fan-site forum user but was later removed. No screens were provided so it cannot be confirmed.