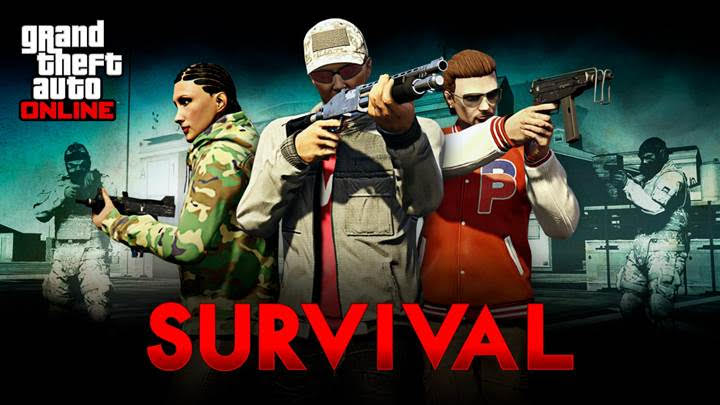 To celebrate the 6th anniversary of the game, Rockstar Games is bringing a new survival series in the GTA Online update today to players from now until October 2, 2019. This brings a bonus of GTA$1 million to anyone who plays during this period, as well as a brand new survival series with seven new maps and nine classic locations. 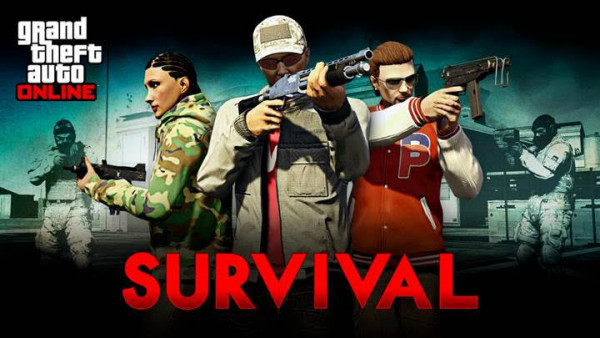 Survival of the Fittest

Seven new survival challenges have been added to GTA Online. Players need to fend off an attack from Ballas on Grove Street, battle the armed goons of Avon Hertz in the Nuclear Bunker, and much much more. Players can quickly access these new challenges by jumping into the Survival Series playlist.

Alongside these new survival challenges, players can ear double XP until next Tuesday. All Mobile Operations Centre missions also offer double XP, and there are some special discounts for players who are just starting out with their gunrunning efforts. 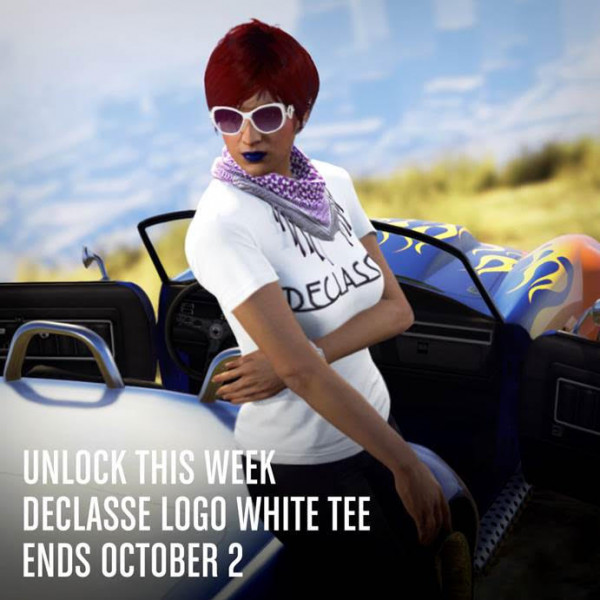 Anyone who plays GTA Online between now and October 2, 2019 will earn the Declasse Logo White Tee, pictured above, as part of the 6 year anniversary celebrations. 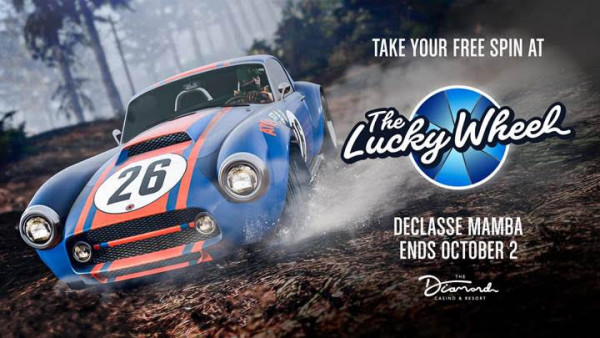 Spinning the Lucky Wheel at the Diamond Resort and Casino this week gives players the chance to win the Declasse Mamba, a race ready classic roadster.

The Casino store has been updated with all new cosmetic items for players to purchase. In addition, there are several discounts on offer for all players.

Anyone who linked their Twitch Prime accounts to their Rockstar Social Accounts before September 22, 2019 can now claim their free in-game Master Penthouse. Anyone who connects their account from now on will be able to purchase Fort Zancudo Hangar 3499 and Lago Zancudo Bunker for a rebate after purchase. All players with linked accounts get an additional 10 percent discount on the above offers, and 60 percent off the Overflod Autarch hypercar, and 80 percent off the Declasse Brutus and Impaler vehicle Arena Variants.

Check out what was added in the last GTA Online update here.