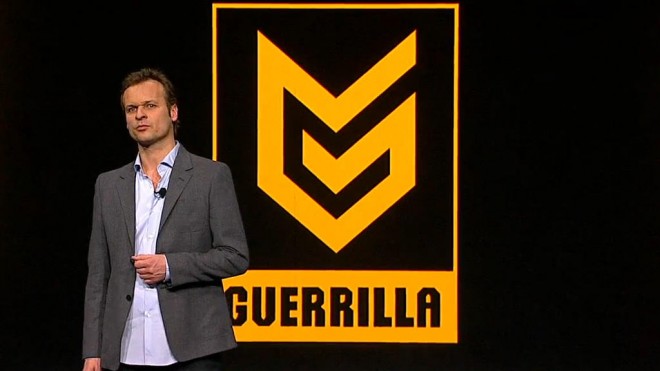 Guerrilla Games, best known for their work on the highly acclaimed Killzone franchise, are busy giving Shadow Fall its final touches in prep for its PlayStation 4 release this November 15. But that hasn’t stopped staff members from already moving on to an entirely different project unrelated to the Killzone series.

Eurogamer confirmed in an interview lead designer of Guerrila Games, Eric Boltjes, that the team is indeed working on a new IP.

“I can be true about it, yes. That’s definitely what’s happening right now. I can’t tell you what we’re thinking of but yes,” he said.

“The artists and the coders work the longest, and then QA. But the designers, at some point their work is done. They’re not allowed to touch the game because that changes everything for all other departments.

“So about three to four months before you ship, the designers sit down and think, what can we do for the next one.

“That happened then [with Killzone 3 to Shadow Fall] as well. So, about three years ago we went into that phase. The really tricky part about that phase is not trying to do too much. You have a room full of people and they all have a different idea of what they want to change about the game. They can’t do everything, especially if you only have two-and-a-half years to build it.”

We last reported that Guerrilla Games were working on a new project back in June of 2012, though that was most likely Killzone: Shadow Fall. It’ll be interesting to see what the team comes up with next.

GTA Online – 8 Things To Do With Your Friends, Kifflom!