David Sears and his team at SOF Studios can breathe a sigh of relief, as can fans of the tactical, team-based shooter genre.

H-Hour: World’s Elite is officially a go as the studio’s Kickstarter campaign has reached its goal of raising $200,000 in funds as of today, July 2, with four days left to go on the clock. 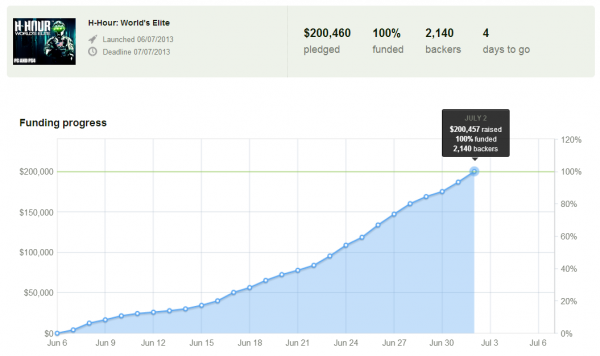 “We made it! With your help–and many of you were tireless promoters of the H-Hour: World’s Elite Kickstarter project–we have met our minimum target!” writes creative director David Sears in a recent update.

“Of course it’s not over yet,” he adds. “We can still reach for the stretch goals and every dollar pledged will be used to make a better game. So please keep spreading the word!”

Be sure to check out our full interview with Sears to learn mor about H-Hour and what you can expect from this deadly shooter coming to the PC and PlayStation 4.

New Battlefield 4 Screens are Filled With Fire and Falling Skyscrapers