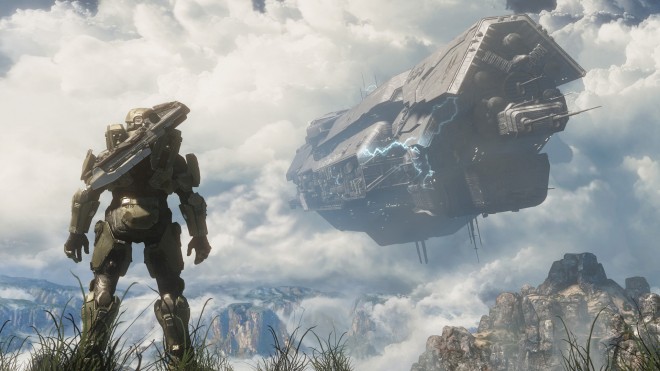 Halo 4 Could Become Xbox Live’s Most Active Title, Taking Down Call of Duty

The latest reports of 2012’s levels of anticipation hint at a shift in the Xbox Live activity leaderboard.

It’s no surprise that Call of Duty has dominated the top of Xbox Live’s most played titles for the past few years since the release of Call of Duty 4: Modern Warfare in 2007. What might come as a bit of a surprise, however, is that Halo 4 is currently beating out games like Treyarch’s upcoming Call of Duty: Black Ops II as well as Assassin’s Creed 3 and Madden NFL 13 when it comes to this year’s levels of hype and anticipation, according to Nielsen Game Rank‘s latest stats.

How are these stats gathered? By “leveraging several key consumer metrics, including Awareness and Purchase Interest, into one overall score. That score was then compared to scores from all previous games released on the same platform at the same point in their release cycles, to determine the percentile ranking of the upcoming title,” according to Nielson.

Being an Xbox 360 exclusive, it might seem fitting that a title like Halo 4 would top the list, but we must remember that, to many, Call of Duty is still considered the staple Xbox 360 experience and it has the numbers and sales to back that up.

So, what would it mean if Halo 4 did manage to bring the FPS giant down a notch on the leaderboard? Not much really. Call of Duty will still break sales records and rake in the dough as it does on a yearly basis. However, while the Call of Duty franchise has stayed fairly consistent throughout the past few years, though it has been reported to show signs of stagnation, Halo 4 is getting a bit of a facelift what with new developers 343 Intustries taking the place of the highly praised folks over at Bungie. It’s hard not to get excited for a so-called “rebirth” of one of the Xbox 360’s most beloved franchises.

You can check out the full list of most anticipated titles this year below:

As and Xbox 36o player, which title are you more looking forward to? Halo 4 or Call of Duty: Black Ops II? Let us know in the comments below!