Halo 4’s Development Officially Over, Will Ship On Two Discs

The big Halo boss Frank O’Connor has revealed some exciting news to Halo fanatics worldwide, Halo 4 is nearly complete. “We had a big piece of news yesterday back in the office, which is that the game is literally finished at this point,” stated O’Connor. “They are handing it off through the various certification processes and that, and we’re done”

To add to this great news, a recent interview with Eurogamer revealed some juicy details regarding Halo 4. Interviewing Halo Franchise Director Frank O’Connor, Frank stated “Unlike previous Halo titles, Halo 4 runs natively in 720p resolution and comes on two discs. It also looks lovely”. It’s not confirmed whether or not the disc’s will be split by single player and multiplayer like we’ve seen with games in the past. 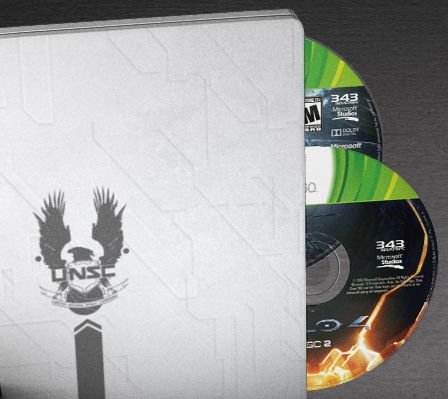 Halo 4 is built on a heavily modified engine which ran previous Halo titles developed by Bungie. The core of the game remains intact, with new pieces tossed into it to upgrade the engine and it’s visuals. When asked whether or not a new engine is on the horizon with the next Xbox’s release in the near future and with a new Halo trilogy upon us, Frank responded that they can use the core of the existing engine in future hardware.

“In a world where we’re working on next generation platforms, there’s things we’ll have to do just for architecture to make it work. But ultimately you just keep evolving the things that make it work. In the future we’ll probably have to radically overhaul systems yet again. But as a building block or a foundation for future Halo products, especially FPS stuff – obviously Halo Wars doesn’t have a heck of a lot in common with Halo 4 – there are absolutely components and elements you have to keep because they’re essential and core to the heartbeat of the game.

“Sometimes you’re going to have to completely throw out whole chunks of the engine. But yeah, there are always pieces you can keep. Some of that is just calculations and numbers that make his jump height feel right for example. That stuff you have to retain.”

Who out there can’t wait to get their hands on Halo 4 come November 6th? Let us know in the comments!