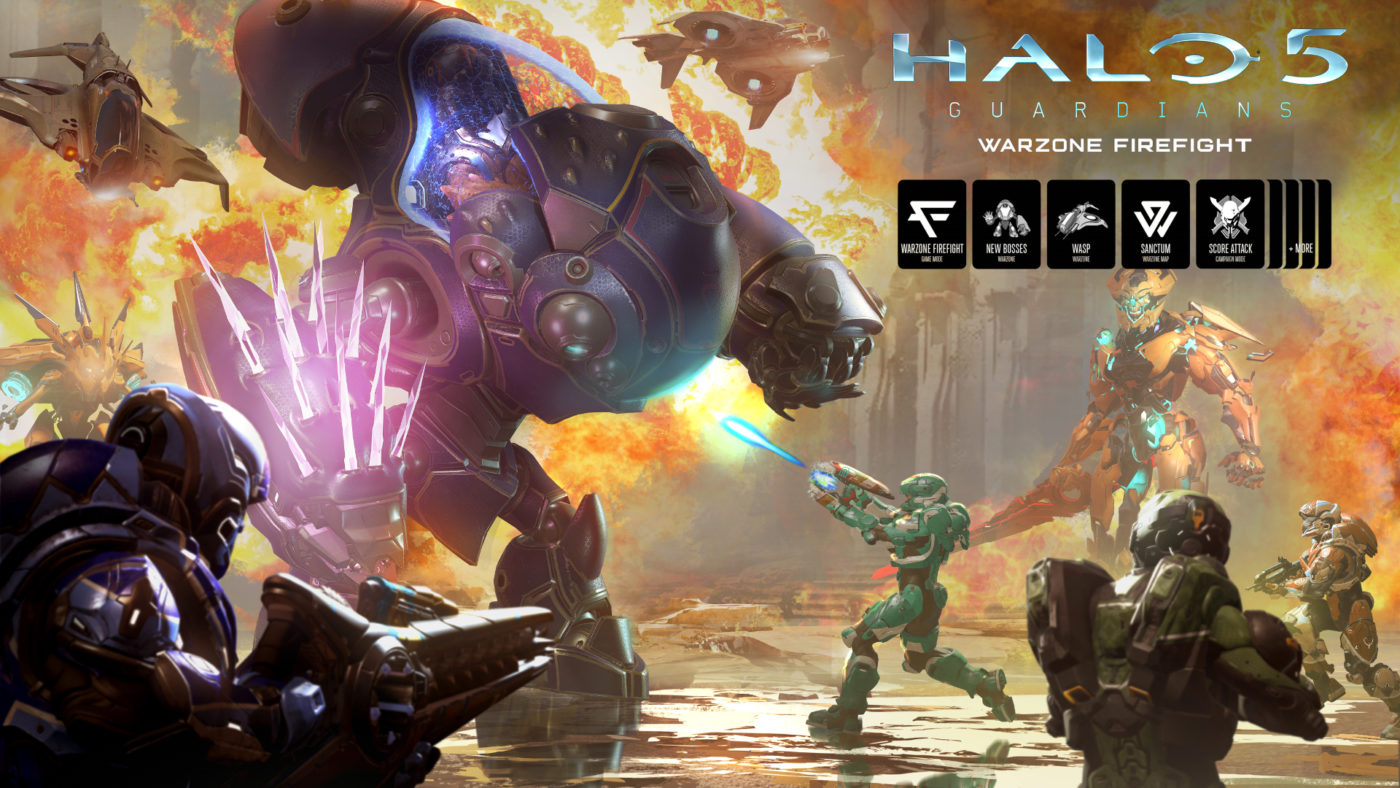 The launch of the Warzone Firefight update marks an exciting week for fans of Xbox One’s flagship shooter, as well as for those that have yet to join the party. The update itself, which is once again free for all Halo 5 players, introduces a brand new Warzone mode, new campaign features, new maps, and more. Following its release, Halo 5 will be free to download and play for all Xbox Live Gold members for one week, until June 5, during which time the the game’s asking price will also drop by 50%.

We considered Halo 5: Guardians’ multiplayer one of the best that the series has ever had to offer, so we definitely recommend checking it out if you haven’t yet.

Here are the specifics on the new Warzone Firefight update, according to Xbox.com.

New Game Mode – Warzone Firefight: Warzone Firefight is, by far, the biggest content release since the launch of Halo 5: Guardians! As a result of the beta in April, 343 Industries has taken player feedback to improve the game mode for launch, such as increasing the difficulty each round and adding brand new bosses and vehicles – including the hilarious (and deadly) Grunt Goblin boss and the powerful UNSC VTOL, AV-49 Wasp, deployable as a REQ vehicle in all Warzone modes and available to use in Forge.

New Campaign Feature – Score Attack: As detailed on Halo Waypoint, the Warzone Firefight content release will include a new way to play Halo 5: Guardians’ campaign – Score Attack! Campaign scoring makes a return to Halo 5: Guardians, enabling players to compete against their friends for points and medals in online co-op play or solo. Remember – in Score Attack, the points do matter so be sure to defeat enemies with style and flourish!

New Forge Canvas – Tidal: Since the release of a new super-charged Forge mode for Halo 5: Guardians in December, Forgers have been hard at work creating some of the most unique, creative and innovative maps ever seen in Halo. The Warzone Firefight release brings a fan-requested canvas, the ocean-themed Tidal. No longer will players have to struggle to find water to Forge on – it’s literally everywhere on Tidal!

Get a load of the new REQs below:

Head to Twitch.tv/Halo on June 28 at 2PM PST / 5PM EST to get a live stream preview of the new update.