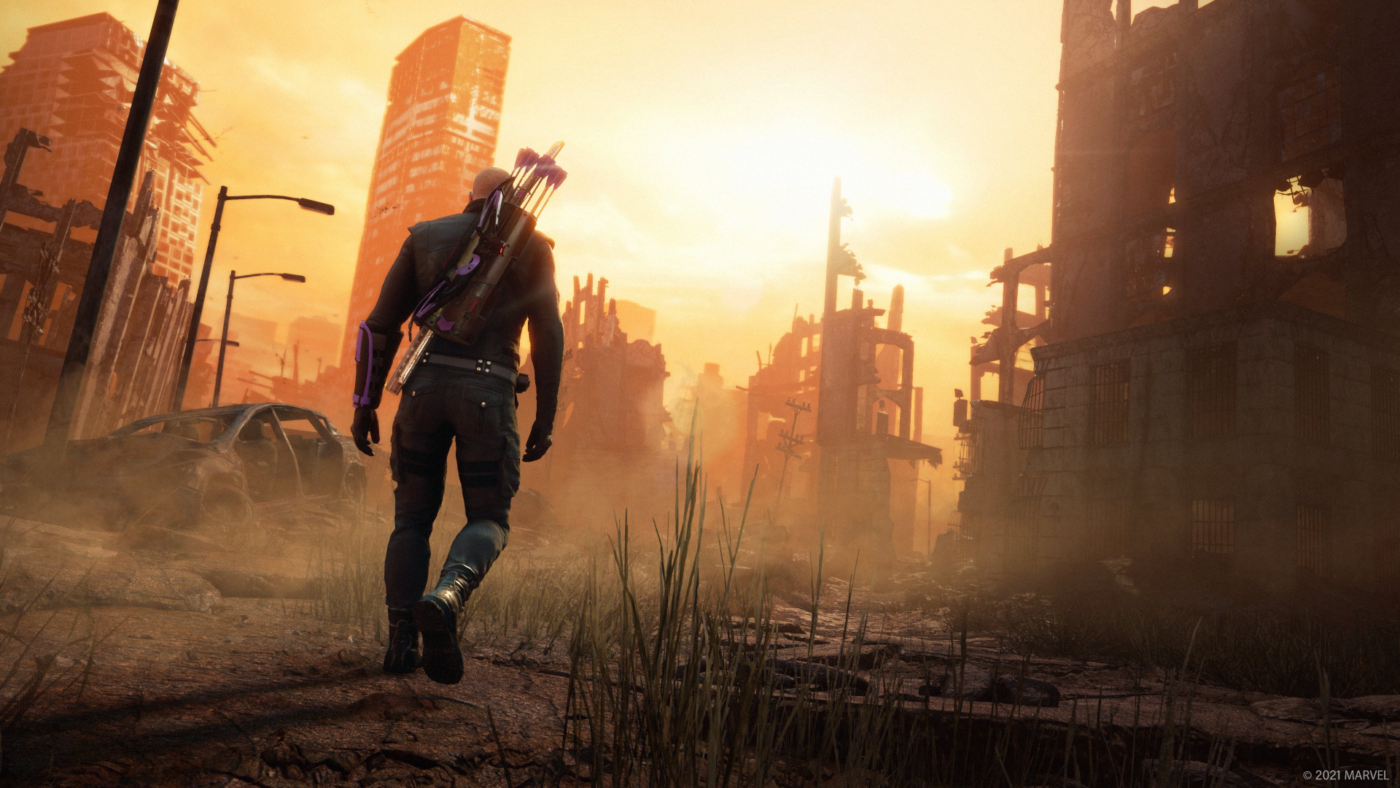 Ahead of next week’s War Table deep dive for the Marvel’s Avengers Hawkeye DLC, Crystal Dynamics have given us a new glimpse into the futuristic wasteland that awaits our heroes.

Officially called “Operation: Hawkeye – Future Imperfect”, this new story DLC which is set to drop soon will take players to a newly developed region inspired by the Old Man Hawkeye comics. As detailed from the official Marvel’s Avengers blog site:

In our timeline, the Kree, a hostile alien civilization attacks Earth for reasons unknown. A global battle ensues, causing irreparable destruction and killing most life on the planet. The Kree are deploying their giant Sentries, ravaging Earth’s defenses. Humans managed to take down some of them and their metal carcasses are still littered across the deserted world.

The devastation was so large that massive landmasses shifted, causing catastrophic damage to the world and destroying most of the infrastructure. The atmosphere has become so polluted that the sun is rarely visible, causing any kind of life to be suppressed. There is almost no vegetation, no animal life, and barely any humans left.

Down below you’ll find some newly released screenshots for the Marvel’s Avengers Hawkeye DLC. Note that some are early concept art while others are finished as indicated by their text.

Crystal Dynamics will be hosting a deep dive War Table of Operation: Hawkeye – Future Imperfect on February 16. We’ll be sure to keep you all posted on any new details, including trailers and hopefully a release date as soon we they are announced.