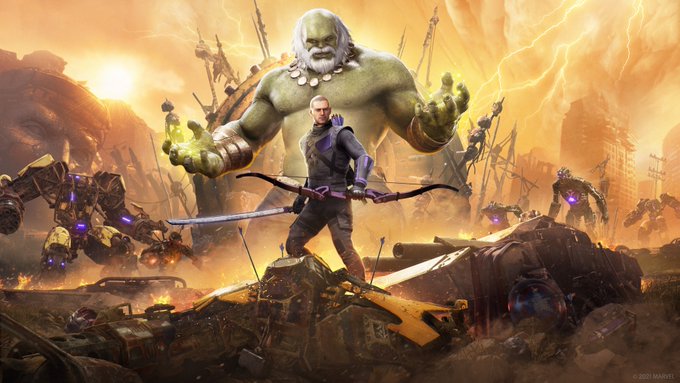 If you’ve been wondering when we’ll see Crystal Dynamics give us a glimpse of what’s coming to Marvel’s Avengers, the wait won’t be long! Today, the studio announced that the Marvel’s Avengers next War Table is set for February 16!

The upcoming Marvel’s Avengers War Table will focus on Hawkeye, and the upcoming free content drop, Operation: Future Imperfect! In addition to that, there’s also going to be news regarding the PS5 and Xbox Series X versions of the hero looter game!

Get a glimpse of the future with our WAR TABLE Deep Dive: Hawkeye, premiering on February 16!

Like our previous Deep Dive, this will be directly uploaded and not livestreamed. pic.twitter.com/3aD2H5ST1T

Same as before, we’ll have the gameplay footage and news up as soon as we know about it. Hopefully, we’ll get a firm release date on when Marvel’s Avengers will be available on the PS5 and Xbox Series X. Not only that, but I hope we get a release date for Hawkeye’s inclusion in the roster as well as other planned content