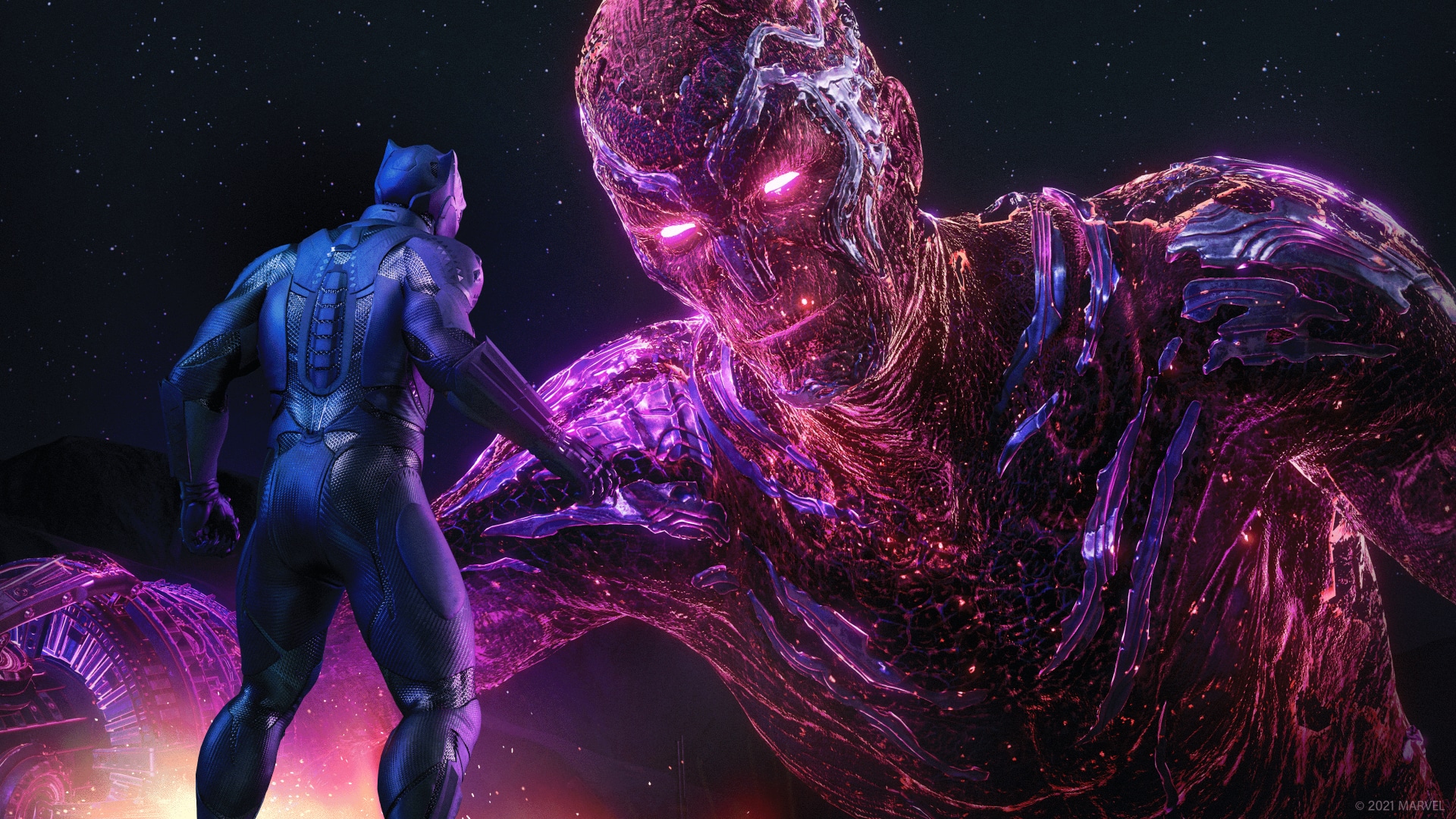 Marvel’s Avengers War for Wakanda is just a few weeks away from release, and while Crystal Dynamics is still in the process of preparing for a deep dive in the coming weeks, they have provided fans some short teases at some of the Marvel’s Avengers Black Panther outfits that players can get come August.

Showcased during the latest developer stream, down below you’ll find four new costumes that players will be able to get for Black Panther during their playthrough of the War for Wakanda DLC (and/or hero pass and Marketplace). 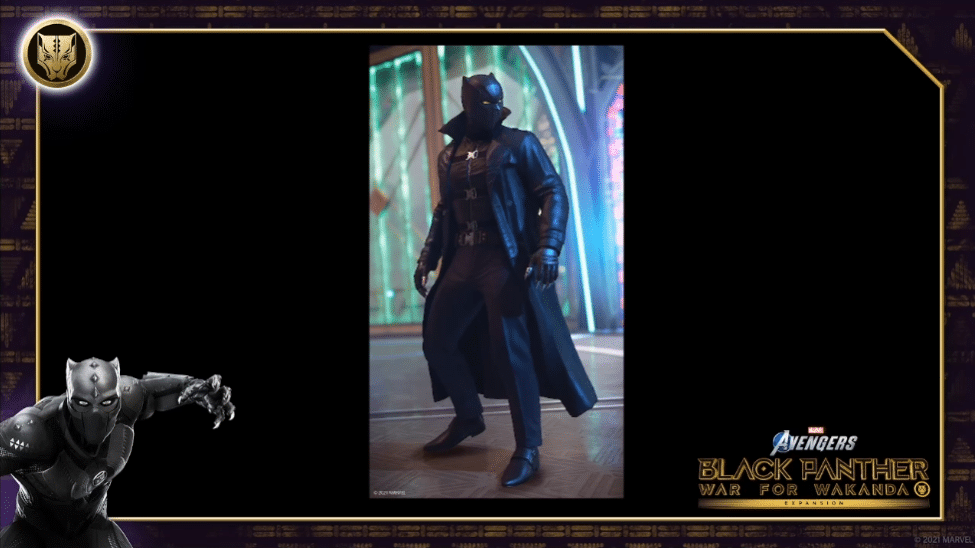 “Based off of Kasper Cole when he briefly took on the mantle of Black Panther. Kasper Cole is NOT T’Challa, he is his own character who was an officer in New York and he actually stole the Black Panther costume for it’s protective purposes” 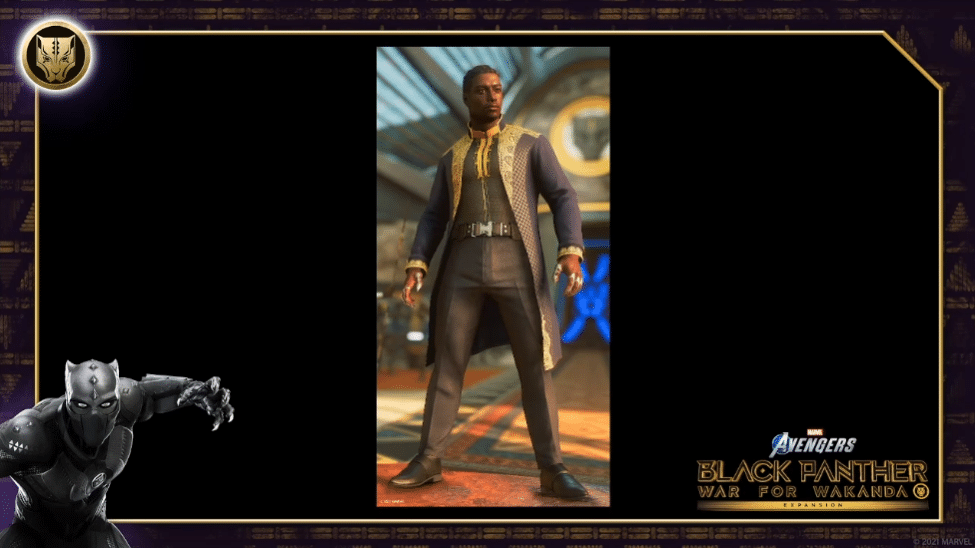 This is a Crystal Dynamics original design inspired by many things. This is how he would walk around if he wasn’t in the Black Panther suit. One of the most important things to notice is his hands, you can see that when he needs to go into battle he has rings that acts as claws.

We were unsure how to spell this one, but will be revealed on the blog post on Monday. 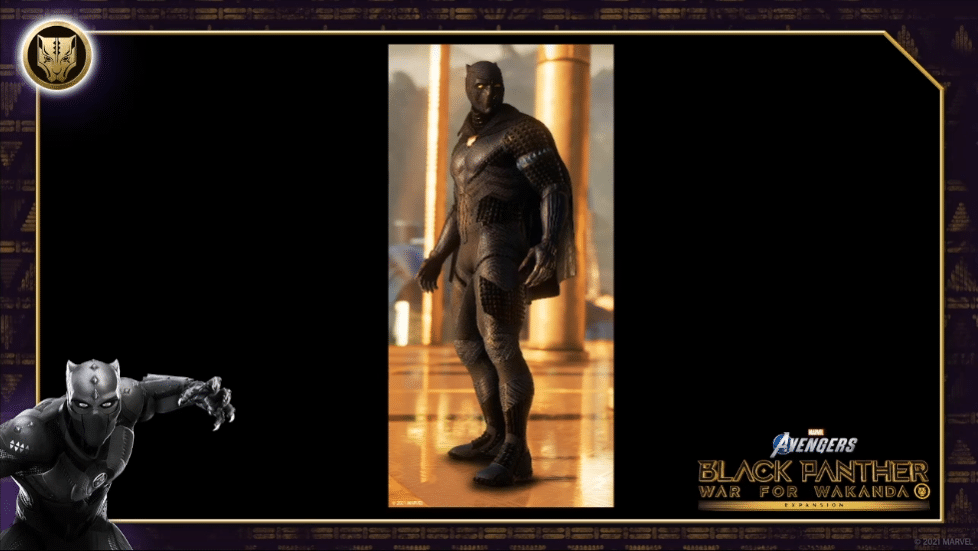 We saw a lot on social that people wanted a version of Black Panther with a cape. This is kind of inspired by Jack Kirby’s first sketches and drawing of how Black Panther’s first appeared in the comics all the way back in the 1960’s. So we wanted to pay tribute to how Black Panther appeared and his roots and everything. 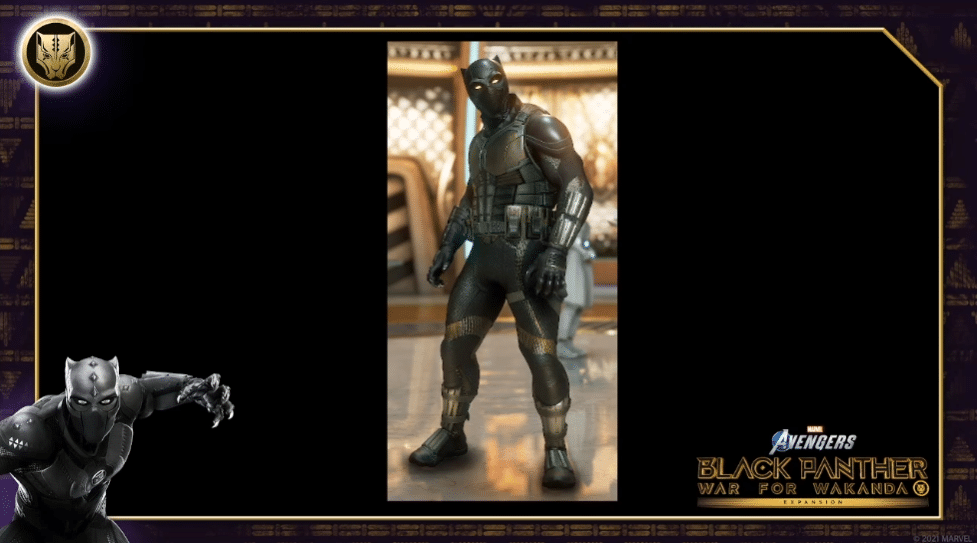 Inspired by the comics. There was a time in the comics where Black Panther replaced Daredevil as the Man Without Fear in New York city to defend New York City. So this is based on the time he was doing that and T’Challa did not have powers during that.

That’s all for the costumes revealed during the dev stream. Have to say, these all look fantastic and we cannot wait to get them ourselves For those hoping for more costumes, fret not as this is just a tease of the many to come, with more being revealed sometimes next week so stay tuned!

Marvel’s Avengers War for Wakanda will be available on all platforms on August 17. Don’t forget, there’s a free trial weekend happening now, with those who own the game getting some sweet bonuses.

Amazon’s MMO Is About to Be Released – How to Farm New World Coin?