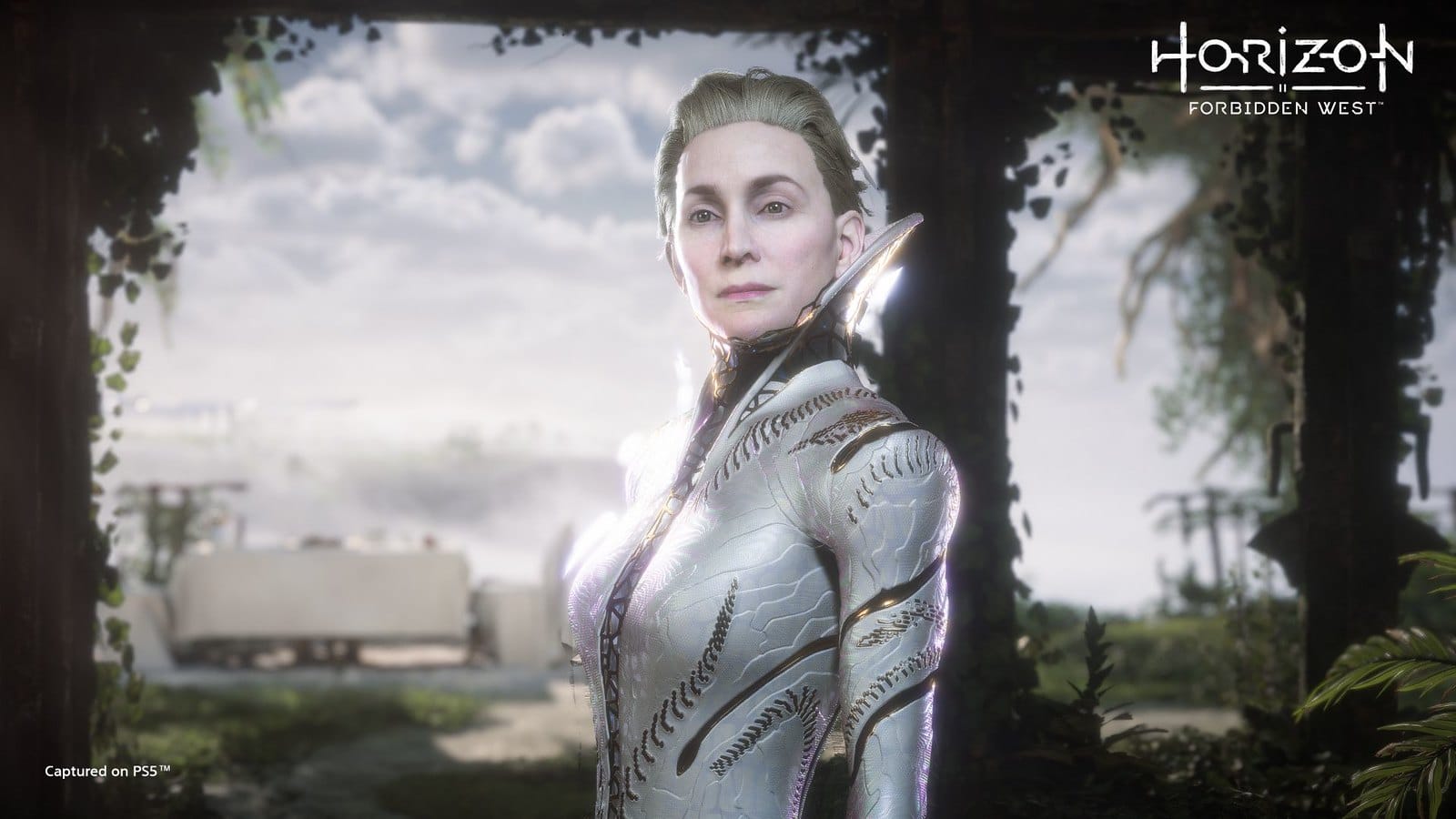 One of the most anticipated sequels gets a new behind the scenes feature. as a Horizon Forbidden West “Meet the Cast” video has been released by Guerrilla Games, showing off the diverse talents who are bringing to life the characters you’ll meet in the game!

Led by Ashly Bruch who once again plays Aloy, here’s the rest of the cast for Forbidden West!

Some pretty solid Hollywood stars lend their voices to this game, including John Wick films star Lance Reddick who reprises his role as Sylens from the first game, and Carrie-Anne Moss of The Matrix film franchise who debuts in this sequel as Tilda. The video also shows some behind-the-scenes footage of the actors not just providing the dialogue, but also performing some motion capture work and stunts to bring their characters to life as well.

Picking things up after the events of 2017’s Horizon Zero Dawn, here’s the overview of the plot of Forbidden West from PlayStation.

The land is dying. Vicious storms and an unstoppable blight ravage the scattered remnants of humanity, while fearsome new machines prowl their borders. Life on Earth is hurtling towards another extinction, and no one knows why.

It’s up to Aloy to uncover the secrets behind these threats and restore order and balance to the world. Along the way, she must reunite with old friends, forge alliances with warring new factions and unravel the legacy of the ancient past – all the while trying to stay one step ahead of a seemingly undefeatable new enemy.

Check out the new story trailer for Horizon Forbidden West here if you missed it. The game comes exclusively to PS4 and PS5 this February 18.

FIFA 22 Team of the Year Players Revealed by EA Sports