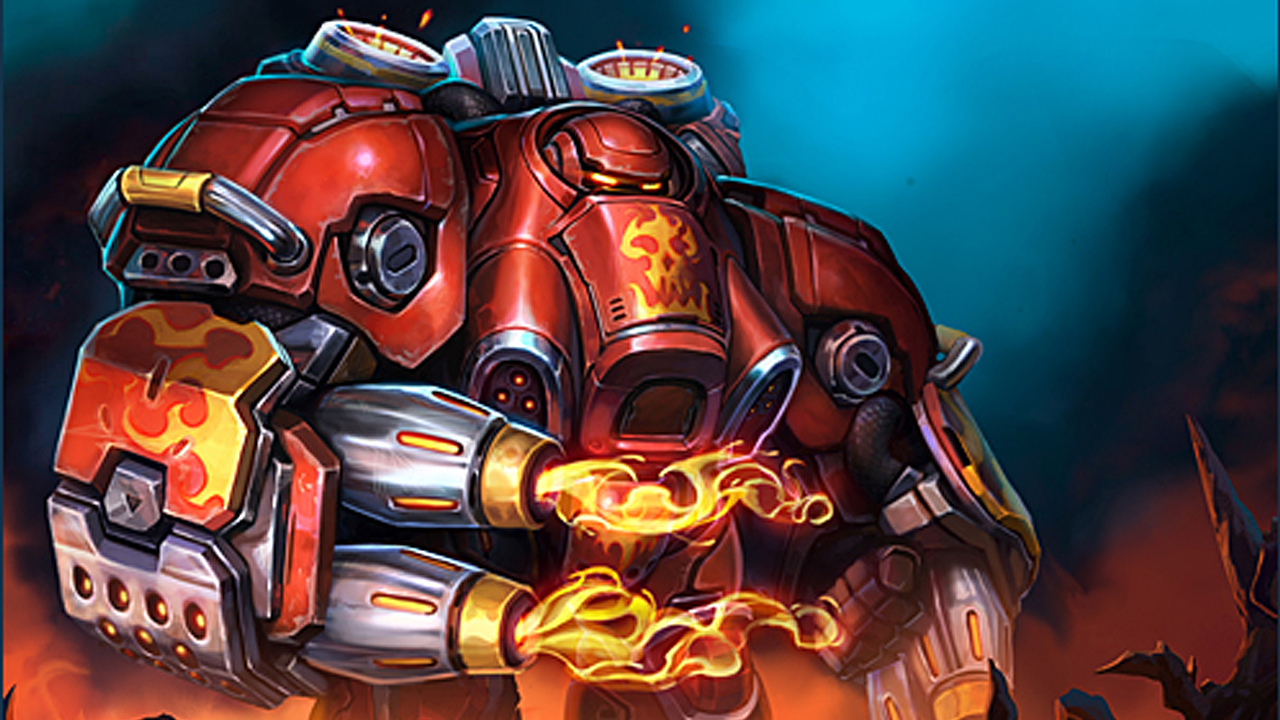 A new Heroes of the Storm update is available to test out on the PTR. Players are able to test out the new hero, Blaze, as well as other significant upcoming changes. This latest patch will be available for playtesting until January 8.

Here’s all you need to know about the new hero:

Cpl. Miles “Blaze” Lewis has always been drawn to the flame, but it wasn’t until he joined up with Raynor’s Raiders that he put his pyromania to good use. He’s seen his fair share of battles since then, and has never failed to bring the heat.

Gain 25 Armor and deal 40 damage to nearby enemies every 0.5 seconds for 4 seconds. Each Hero hit by Flame Stream reduces Pyromania’s cooldown by 5 seconds.

Fire two streams of flame that deal 83 damage to enemies hit. Flame Stream sets fire to Oil Spills it comes in contact with.

Dispense a slick of oil that lasts for 5 seconds and Slows enemies that come in contact with it by 40%. Flame Stream can set Oil Spills on fire for 2.5 seconds, dealing 18 damage every 0.3 seconds to enemies inside. While on fire, Oil Spills no longer Slow enemies. Additionally, Blaze is Healed for 49 Health every 0.3 seconds while standing in flaming Oil Spills. Stores up to 2 charges.

After 0.5 seconds, charge forward, colliding with the first enemy Hero hit, dealing 52 damage to them and nearby enemy Heroes. Enemies hit are also Stunned for 1.25 seconds.

After 0.5 seconds, deploy and enter a Bunker with 1300 Health. Blaze and his allies can enter and exit the Bunker at will. While in the Bunker, occupants gain access to Flamethrower, dealing 179 damage to enemies in a line. Exiting the Bunker grants 25 Armor for 2 seconds. Bunkers last 10 seconds, or until destroyed.

Channel up to 2.6 seconds. Once Channeling ends, nearby enemies are Slowed by 60% and take 48 damage every 0.5 seconds. Combustion’s Slow and damage over time durations are extended the longer Blaze Channels, from 1 second up to 5 seconds. Blaze’s Movement Speed is reduced by 50% while Channeling.

Will you be testing out the new update? Let us know.