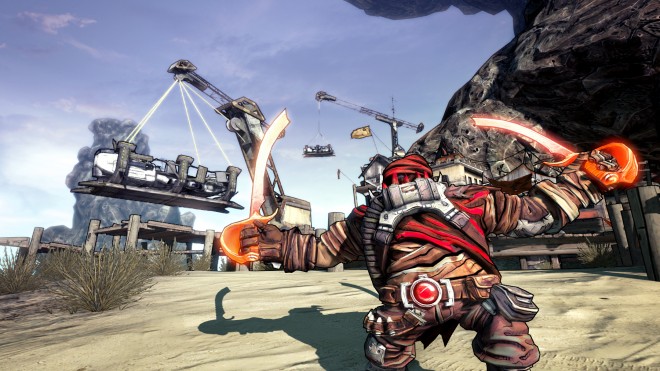 In preparation for Tuesday’s UVHP 2 add-on which will once again increase the level to 72 and add even more content, The folks over at Gearbox will be releasing a new update that will be available on all platforms, fixing a number of issues.

Among some of these addressed issues is The Warrior’s body being discarded into the ‘abyss’ once it’s done dropping all of it’s loot and finally disabling the raid boss lock-out, which the community has been very vocal about since it’s addition in Captian Scarlet And Her Pirate’s Booty DLC.

Additionally, Gearbox will also be tweaking enemies level 61 or above to drop higher rarity loot when defeated more often. For the full list of what this update addresses and adds, feel free to check out the patch notes below:

Captain Scarlett and her Pirateís Booty

This update will be live on the PC, Mac, PlayStation 3 and Xbox 360 tomorrow. Also, don’t forget that a new ‘gear-up‘ weekend is happening now, which will see an increase rarity on shields, specifically, in chests. This special in-game event will last up until September 2.

The Last of Us Upcoming Patch 1.03 Introduces New Game Mode, Tweaks, And Balancing