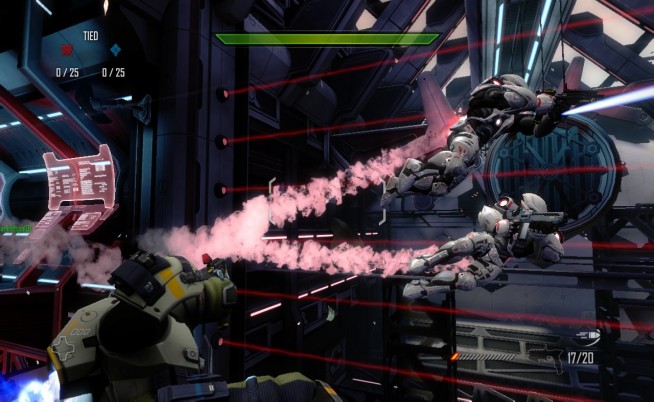 The much anticipated Hybrid beta launch is today and 5th Cell has informed everybody about the beta details that seemed to be under wraps until now. The retail release will see a date sometime in summer 2012. No official date has been determined. If you missed it, we are giving away three beta keys ourselves to some lucky winners.

Also, the beta is US-only, unfortunately. By changing your account’s region to USA you should be able to circumvent this, however. With the beta running two and a half weeks, that puts the end date somewhere in the middle of May. Don’t forget to check out the brand new beta trailer for Hybrid and be sure to leave a comment in the section below with your opinions on this next XBLA giant.

Hailing from beautiful Pittsburgh PA, Shawn has spent most of his 25 years playing video games. The original Killzone on PlayStation 2 captured his love for competitive multiplayer experiences and has thrived on that ever since. Now I live, breathe and eat multiplayer madness with the guys and gals of Lucky Strike.
News 5th Cell, Beta, Featured, Hybrid
view related posts
HOT MULTIPLAYER GAMES
& UPCOMING RELEASES