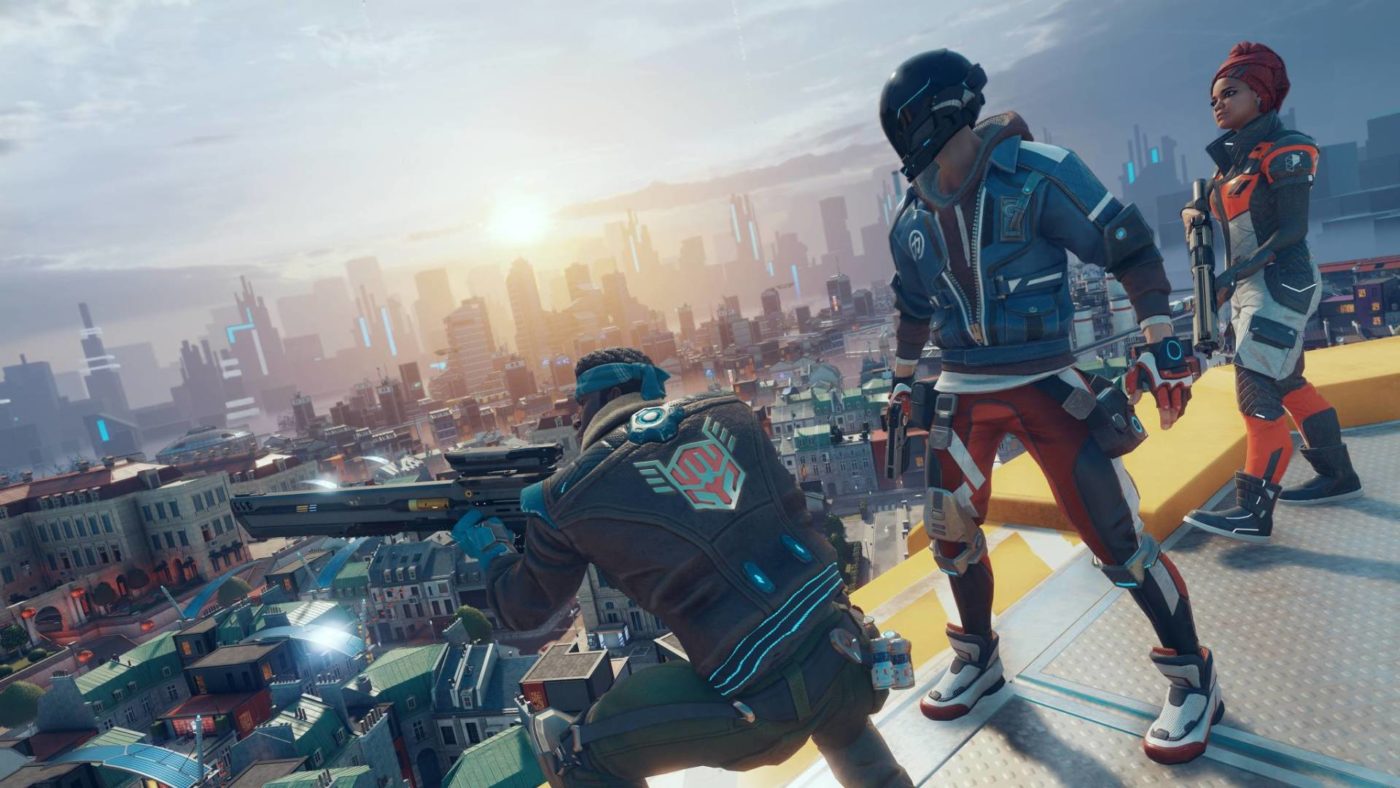 Hyper Scape is Ubisoft’s upcoming battle royale game. 100 Players drop into a virtual city with each match, and need to battle it out against one another in order to emerge as they only survivor at the end. However, the game’s setting might be cutting it a little too close to home for some people, since it features a dystopian future that we ourselves could be living in by 2054.

As you can see from the latest trailer for the game, Hyper Scape is actually the name of the virtual plane on which people in this crushing version of the real world escape to. While part of the draw is obviously the game itself, and becoming a celebrity by winning it, there’s so much more to consider.

It’s very easy to see why people would choose to play online in the US, UK, China, or anywhere else in the world, when humanity has squeezed everyone into sprawling megacities. Layer upon layer of humanity has been piled up, to the point that skyscrapers are all that there is, and people are confined to tiny apartments as their only living quarters. The sky is grey, and the ambition of 2020 has been wasted. While it appears as though we have made some progress in terms of space exploration and robotics, we’ve also squandered what little life was left in the planet.

Everything is delivered by drones, and faulty ones are simply scrapped and thrown in the trash. Farms have become nothing more than prisons for animals with VR headsets strapped to their eyes. The real world in Hyper Scape is a bleak one.

That’s why people escape to the virtual plane in this game. They want to see blue skies, and a city that isn’t all towering oppression. Clearly architectural design has been taken into account within the game world, allowing for unique buildings to appear overhead and be explored.

In many ways, Hyper Scape represents what people have been doing during lockdown. The world is bleak, so we’ve escaped to games. In Hyper Scape’s 2054, the world is even bleaker, but just like now, people are willing to forget about the disaster zone they’ve made of the planet and escape to virtual freedom.

I hope to see this aspect of the game explore more thoroughly when it finally launches out of beta. The game is primed to have an overarching storyline that spans the course of years. Clearly Ubisoft has put a lot of thought into the world they’ve built here, but in some ways all they’ve had to do is take what’s happening now and show it right back to us.