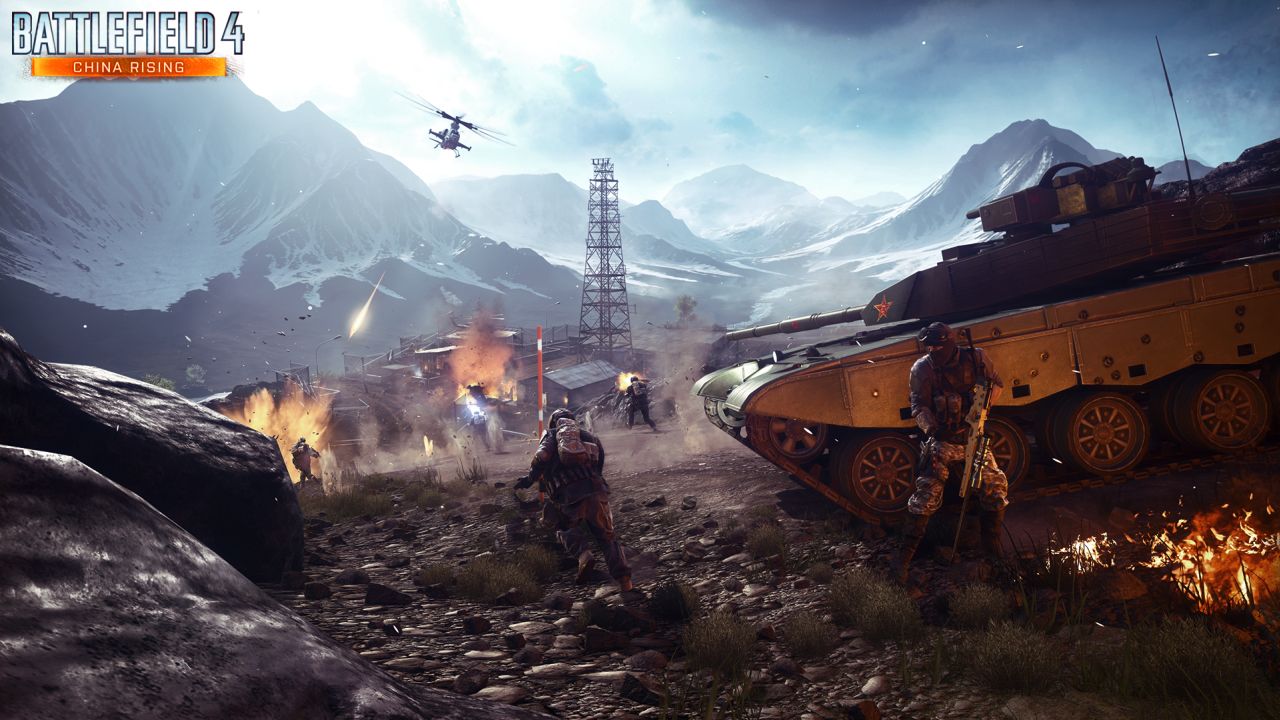 Battlefield 4 on the PC is getting updated today with a new patch that is beginning to show up for a number of users as of this writing.

It fixes a number of issues and includes a few improvements for DICE’s recently released Mantle renderer. According to the Battlelog, the update will rollout throughout the day, so you may not be prompted to download right away. Check out the full patch notes:

Over on Reddit, a Battlelog developer who goes by the name “DarkLord7854” is giving fans a sneak peek at the upcoming Loadout Presets that will be available on the Battlelog. Subject to change and with no ETA, the dev is looking for your feedback on some of these screen captures: 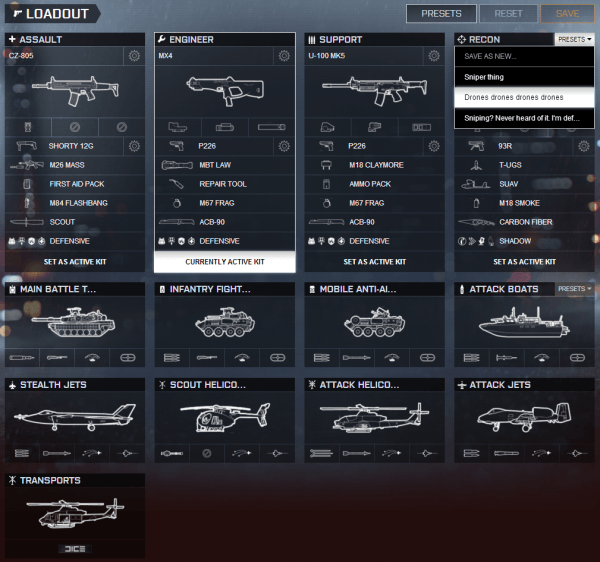 “You can access the preset manager with 1 click from the top ‘PRESETS’ button next to ‘RESET’ and ‘SAVE’. All kits and vehicles have a ‘PRESETS’ dropdown which will let you create a new preset from the currently configured loadout for that kit/vehicle, or quick apply an existing preset.” 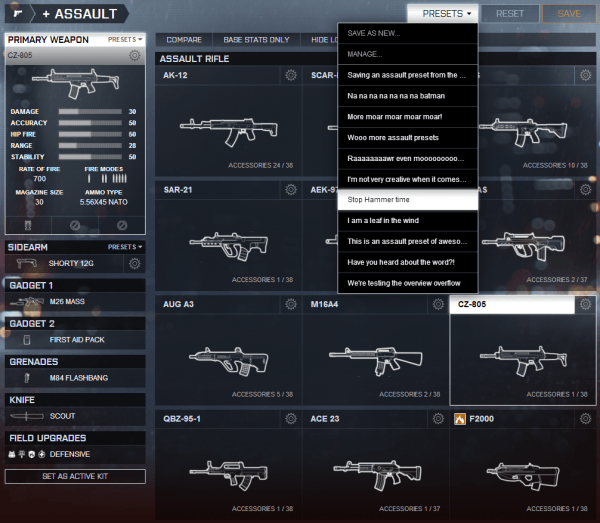 “From here the ‘PRESETS’ button turns into a dropdown that let’s you access the preset management page, create a new preset, or quick apply a preset for the kit/weapon/vehicle you’re viewing. For kits, the primary and secondary weapons also have a ‘PRESETS’ dropdown which will let you create/apply presets for the weapon.” 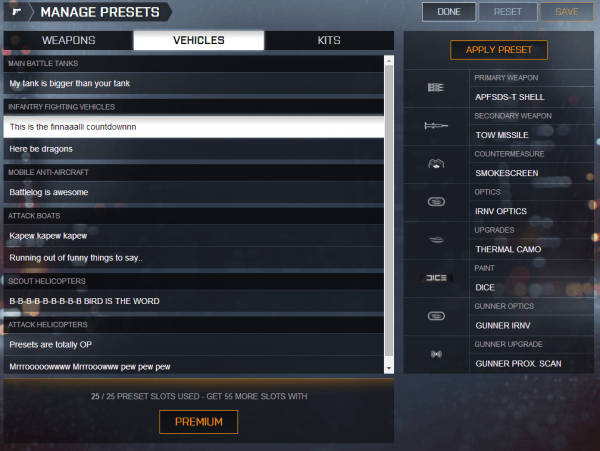 “This here is a totally spankin’ new page. It allows you to click through ALL your presets and see what each one contains. From here you can apply any selected preset and also delete a preset. It will also tell you how many presets slots you have left. You can sit on this screen and apply as many presets as you want.”

Be sure to check out the entire Imgur album and supply your feedback over on DarkLord7854’s Reddit post right here.