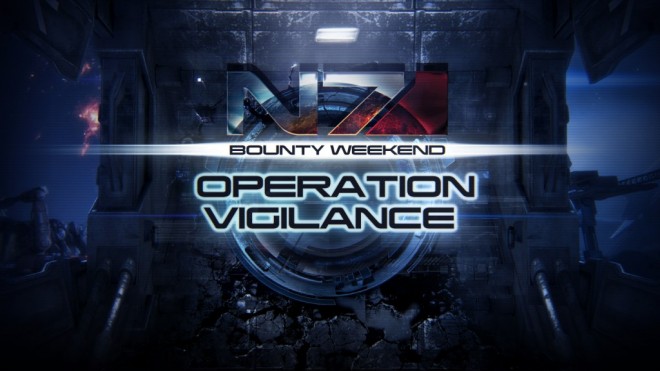 Ending on Sunday, September 9th, Operation: Vigilance will have you investigating  strange attacks on Alliance property. “Unexpected attacks have taken out several squads and damaged vital Alliance equipment. We will deploy drones to repair damage and investigate the nature of these attacks,” writes the BioWare Blog.

Squad Goal: Complete up to and including wave 10 on any difficulty without using a consumable (medi-gel, ammo, Ops pack or Cobra missile launcher).

Are you still participating in these N7 Bounty Weekends?