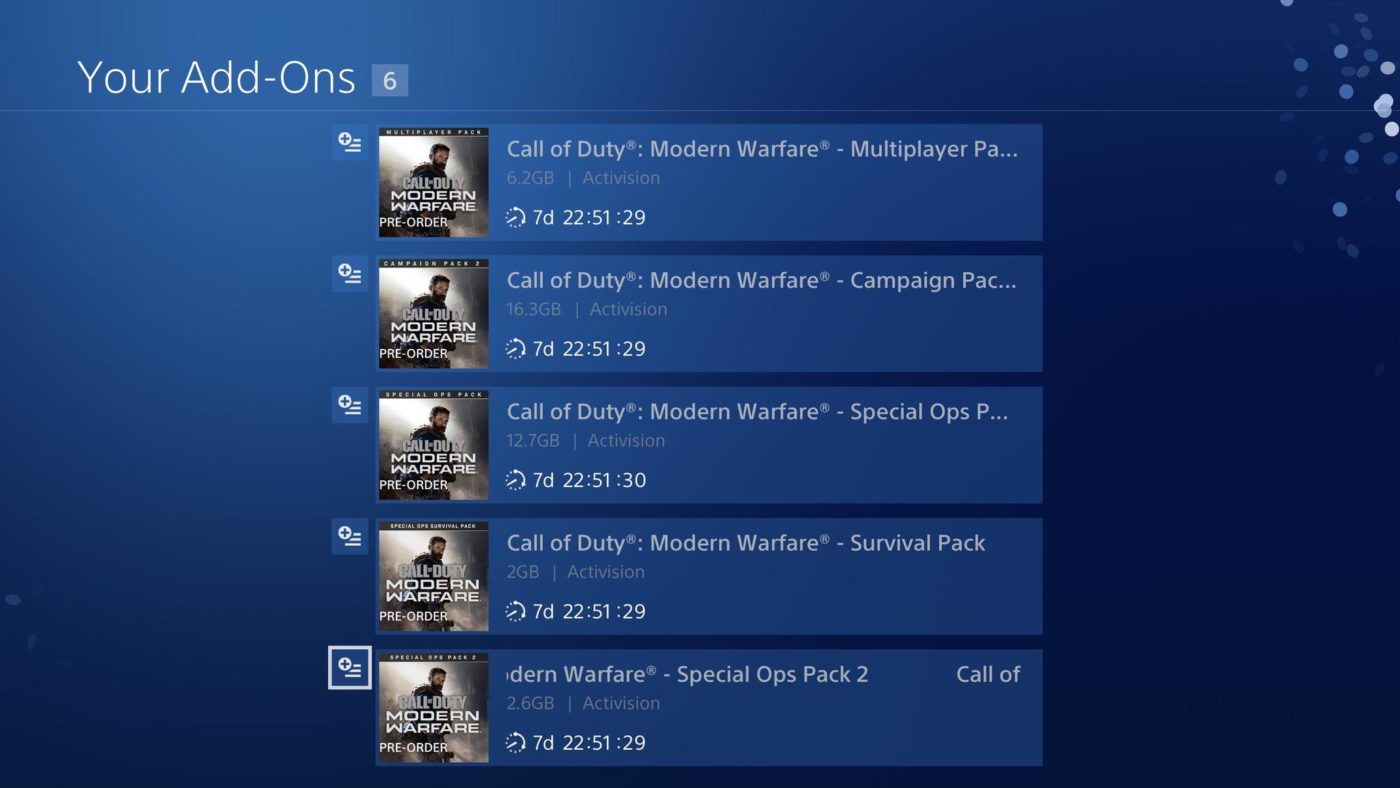 While Infinity Ward’s post-launch support of Call of Duty: Modern Warfare has been commendable so far with updates bringing in new maps, weapons, modes and more, there is a concern when it comes to the Modern Warfare patch file size whenever a new title update is introduced.

Just this week, a new patch has been rolled out by Infinity Ward and it’s at a staggering 21GB on the PS4, and 30GB on the Xbox One. It’s understandable that most online-centric games get regular patches, but the Modern Warfare patch file size for each one has been a bit worrying for those with limited disk space.

In an interview, Infinity Ward Production Director Paul Haile acknowledged the Modern Warfare patch file size concerns by the community, and even gave a statement about it.

Modern Warfare and Warzone are both massive experiences with tons of ways to play and new content being added regularly, and we are cognizant of the overall download size. As a team we are committed to updating the game with new free content of course, but have also taken steps for overall footprint management, including a DLC pack management screen for console users. This allows players to pick and choose which DLC packs they want to keep, and remove the others to recover more space.

Haile’s comment about “pack management” points to the studio’s “Data Pack” downloads released a few weeks ago. While it is somewhat useful, the game is still hovering near the 180-200GB mark which possibly makes it the biggest game in terms of file size out for consoles (it’s bigger than Red Dead Redemption 2 and Grand Theft Auto V combined).

Hopefully, this year’s Call of Duty game will have smaller patch sizes given it’s taxing having to delete games and other files on your gaming console whenever a new Modern Warfare patch drops.

How much space is Modern Warfare taking up in your HDD (console or PC)? Is this just a case of games really just getting bigger or do you think Infinity Ward isn’t optimizing and compressing their data enough?