While Activision nor Infinity Ward has spoken up about the long-rumored Call of Duty: Modern Warfare battle royale mode (apparently called Call of Duty: Warzone), it seems that hasn’t stopped the studio from teasing players with it via the game’s in-store.

Available now in the in-game store for Modern Warfare is the “Hazardous” bundle, which includes four items. There are two Blueprints available in the bundle, along with a gun charm and a new Emblem that should raise a few eyebrows. 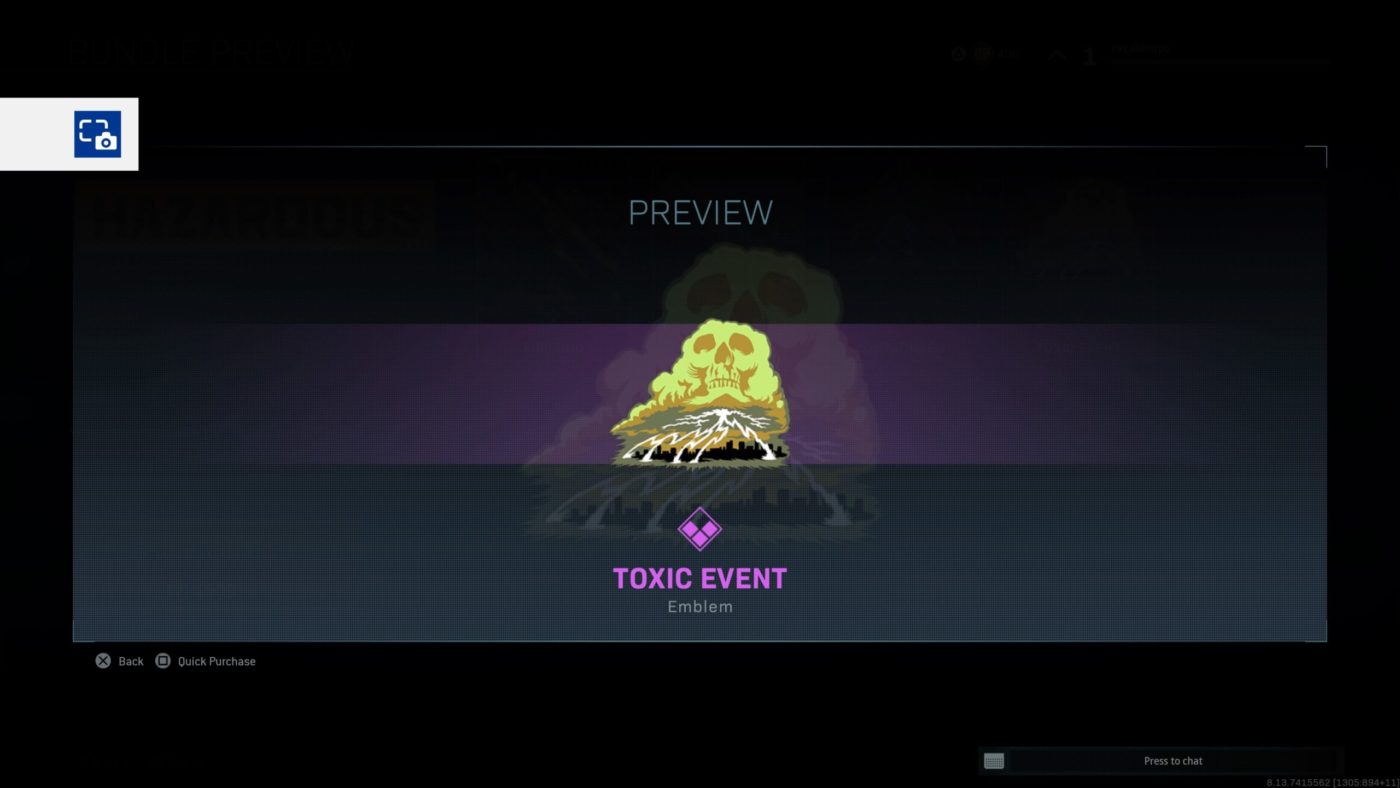 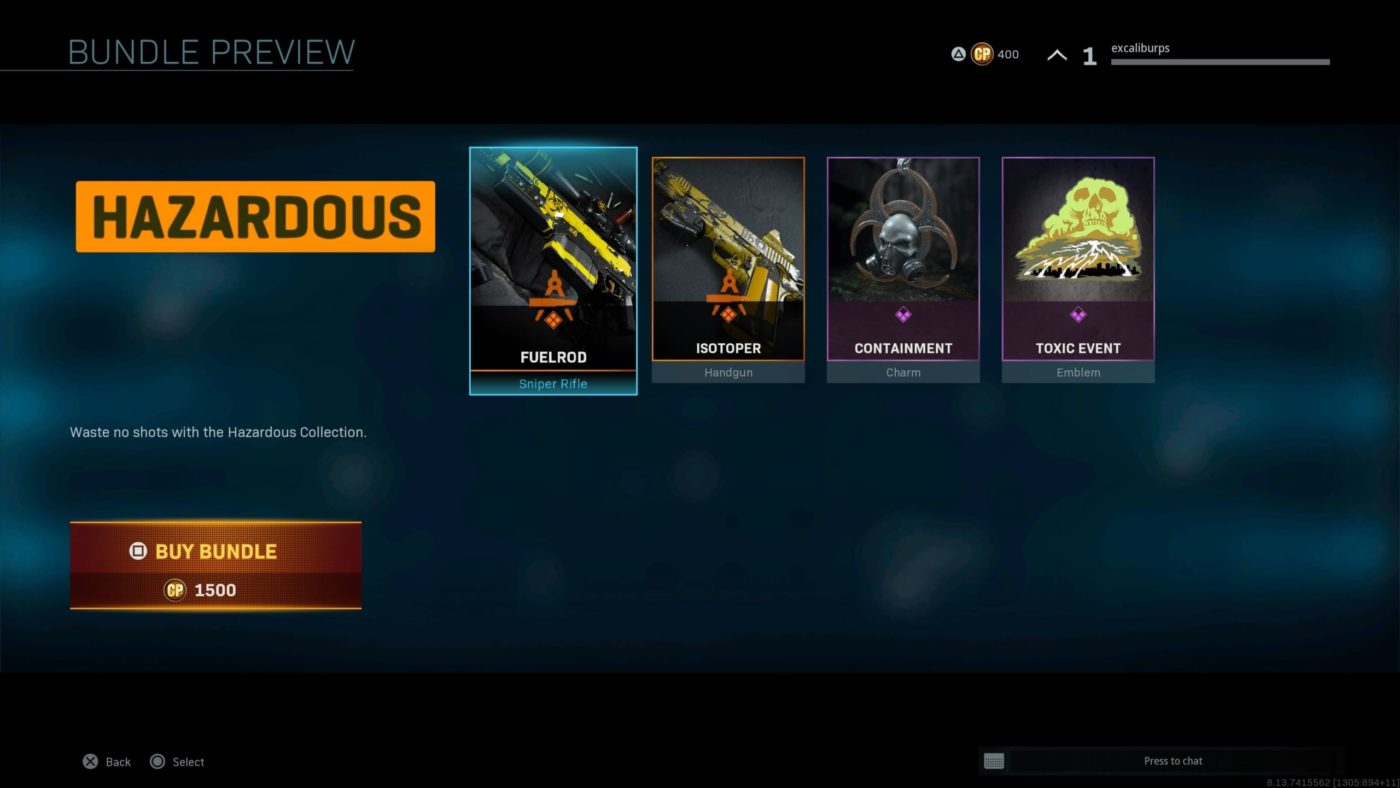 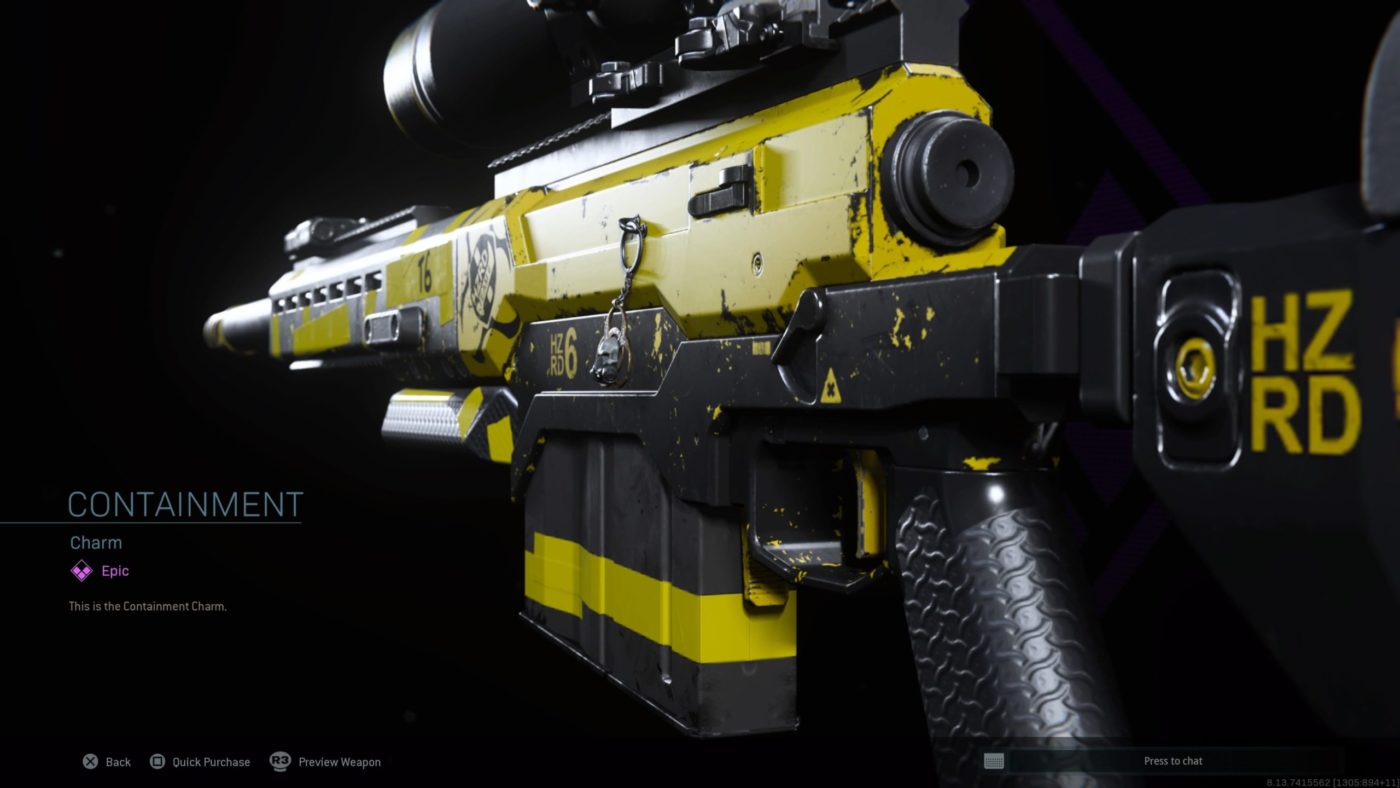 As you can see, the Emblem is called “Toxic Event” while showing a gas surrounding a field, which has been referenced in the new Season 2 intro video. As hinted at by the Season 2 intro, the gas field is what the Modern Warfare battle royale circle of death is called.

This is the first time Infinity Ward has directly hinted at anything related to battle royale, which leads me to believe an announcement is forthcoming very, very soon. The latest rumor that surfaced yesterday is that the mode is set for release in early March.

We’ll keep an eye out for more battle royale teasers or hints! If you spot any, feel free to email us and we’ll credit you for the find.