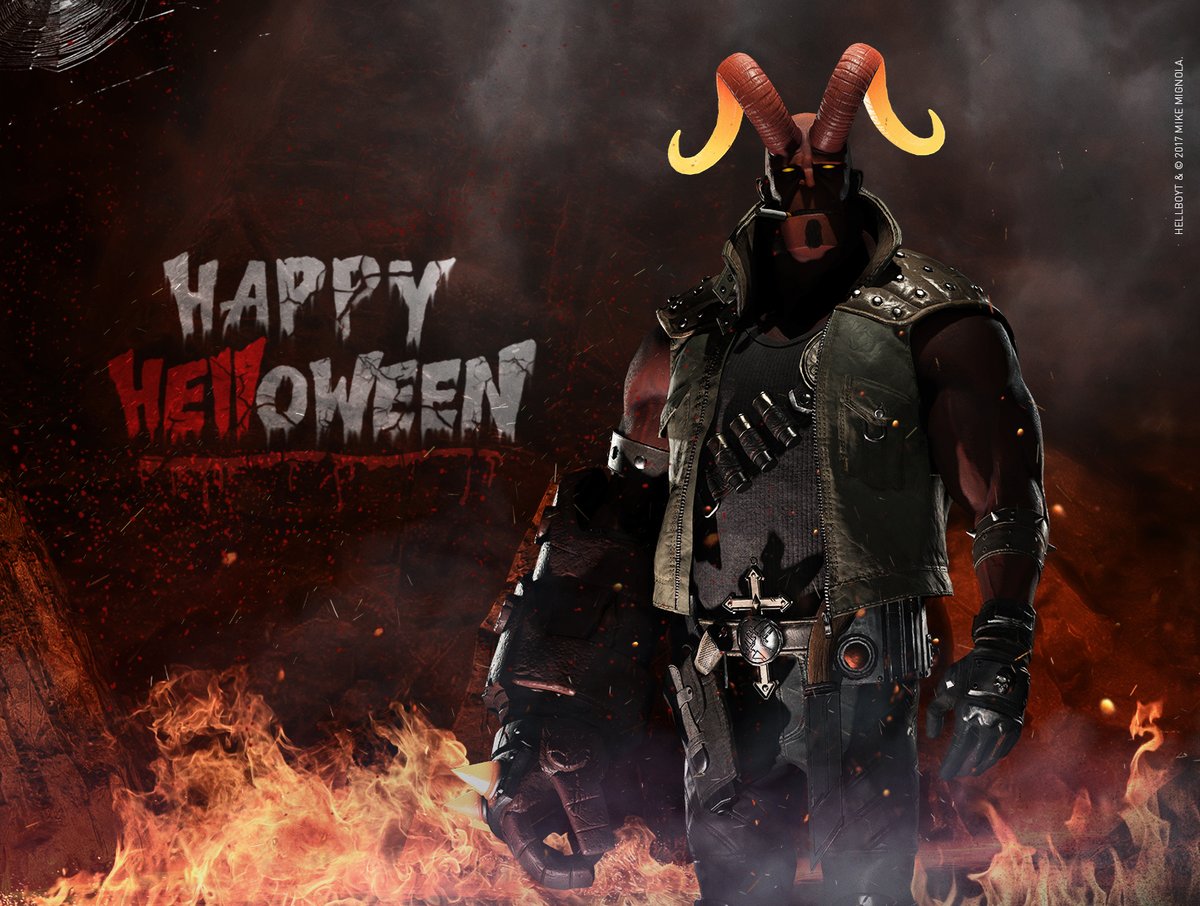 While Hellboy, the final fighter for the Fighter Pack 2 DLC for Injustice 2 isn’t set to arrive until November 14. It seems that NetherRealm Studios is starting the hype train for his release a little bit early.

Very recently, it appears that the Chicago-based studio has quietly released some information regarding Injustice 2’s Dark Horse comics fighter, that gives the public the first look at some of Hellboy’s cosmetic gear pieces.

Aside from getting the very first look at Hellboy’s cosmetic items via the gear feature in Injustice 2. It seems that NetherRealm Studios has also updated the official Injustice 2 website to include his bio which states the following regarding the upcoming DLC character:

As a member of the Bureau for Paranormal Research and Defense, Hellboy has defended the world from fiends, witches, demons, and more than a few Lovecraftian Gods. With his trusty revolver and his Right Hand of Doom, Hellboy has made monster disposal his specialty.

For more information regarding the upcoming character for Injustice 2, feel free to view Hellboy’s reveal trailer. Or, take a gander at the very first character for Fighter Pack 3, Atom.

Battlefield 1 “Community” Now at Over 23.5m According to EA