As we previously reported on earlier in the week where Ed Boon, the creative director for Injustice 2 revealed that the first details of DLC  regarding the upcoming DCU based fighter is set to be released very soon. Is now live as of this writing.

Which according to the trailer that focuses on the announcement of Red-Hood, Star Fire and Sub-Zero from the Mortal Kombat franchise are set to join the Injustice 2 roster post-launch. You can check out the trailer above.

In addition to “Fighter Pack 01” being revealed, it seems that NetherRealm Studios has also teased the remaining six fighters DLC characters for the game during the final moments of the trailer. As seen in the image below: 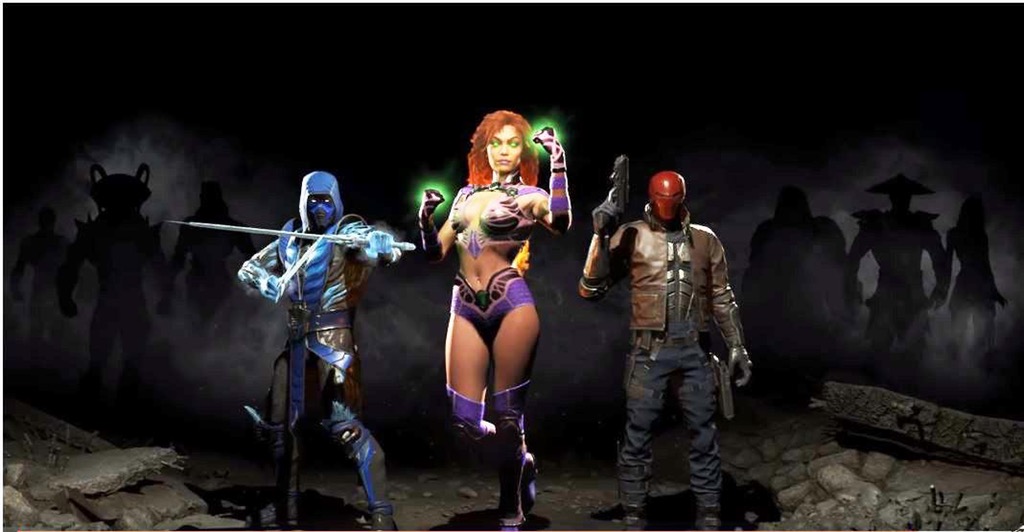 For those of you with eagle eyes, you can easily spot two distinctive silhouettes in the background. Which sees both Black Manta that’s seen on the left and Raiden from the Mortal Kombat franchise spotted on right side set to be made available via DLC if these silhouettes are to be believed.

Injustice 2 is set to be available May 16th for both the PlayStation 4 and Xbox One platforms.