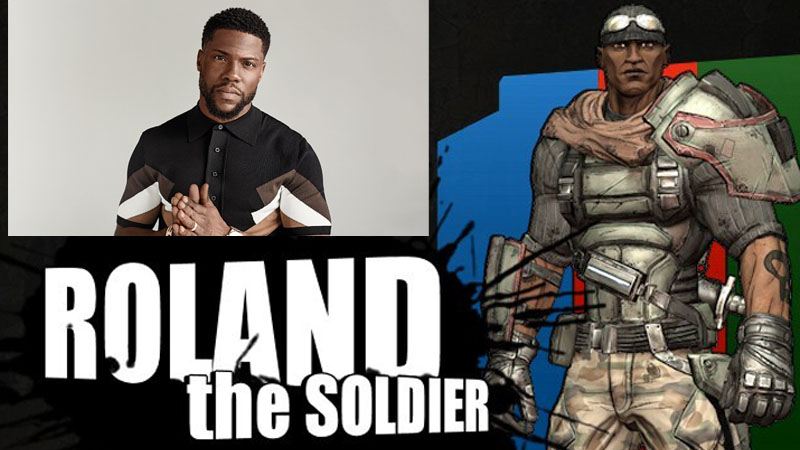 It looks like months of negotiations have pulled off for Eli Roth’s film adaptation of 2K’s Borderlands franchise, as The Hollywood Reporter reports that comedian and star Kevin Hart has officially signed up for the Borderlands movie — and he’ll be playing the part of Roland the Soldier.

Hart confirmed the news via his official Twitter page:

This is a BIG one….So excited to be working with Cate Blanchett & Eli Roth on such an amazing project. “Borderlands” …..Wooooooow. God is gooooooood!!!!! Let’s goooooooo #HustleHart https://t.co/nByya7PkeH

Also set to star Cate Blanchett as the legendary thief Lilith, the Borderlands movie will be directed by Roth with Chernobyl series writer Craig Mazin penning the script.

“I’m thrilled to be working with Kevin,” said Roth in a statement. “Borderlands is a different kind of role for him, and we are excited to thrill audiences with a side of Kevin they’ve never seen before. He’s going to be an amazing Roland.”

Added Nathan Kahane, President of the Lionsgate Motion Picture Group: “Kevin has been behind some of the world’s biggest blockbusters, and our source material is inspired by one of the world’s best-selling video games. We love the way our filmmaking team has adapted this story and we couldn’t be in better creative hands.”

Kevin has also starred in the critically acclaimed Jumanji sequel films, alongside Dwayne “The Rock” Johnson, Jack Black, and Karen Gillan. Starring in the Borderlands film will definitely be a career highlight, as the game is one of the most popular video game franchises and has had three sequels — with the most recent in Borderlands 3 continuing to host updates and events for fans and gamers worldwise.

The Borderlands movie has no definite release date yet, and will be released through Lionsgate.