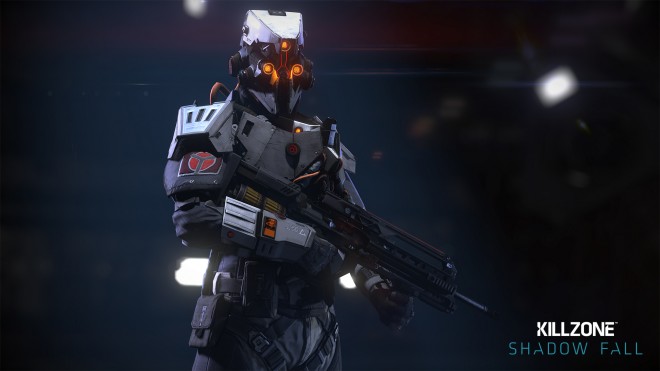 Guerilla took to its official blog to release some brand spanking new information regarding one of the three playable classes in its new Killzone: Shadow Fall multiplayer.

The Assault Class boasts some similarities you’d find from other shooters, with a futuristic Killzone twist to them. Up next, presumably, will be the last two classes, Support and Scout.

You’ll more than likely find the Assault Class at the forefront of the battlefield, laying waste to enemies with their robust assault rifles. Assault players aren’t strictly offensive though, as they can deploy a Nano Shield, the Assault Class’ primary ability, to help protect themselves from incoming enemy fire while still being able to fire through it. With offensive and defensive strengths, the Assault Class looks to be one of the more popular playable classes in Shadow Fall.

Below are some secondary abilities you have the choice to play with, alongside the primary ability mentioned above.

The Speed Dash ability lets Assault players move faster for a short amount of time. It is very useful for seizing the initiative during mission modes where speed is of the essence, such as Search & Destroy. It can also be used to beat a hasty retreat when ammo supplies and health run low.

The Stun Blast ability temporarily stuns and blinds nearby enemies, making them easier to target. It is ideal for quickly turning the tables when faced with a particularly resilient opponent, or for situations where enemies are attacking from multiple directions.

The Buddy Drone ability deploys a flying combat drone that automatically attacks nearby enemies. As such, it works as an effective counter against impending brutal melee attacks. The Buddy Drone can be customized with skins.

Also released are some images showcasing the cosmetic look of the Assault Class, including all the guns and gadgets you’ll find in the Assault Class repertoire. Take a look and let us know what you think of this class in the comments! Killzone: Shadow Fall releases exclusively on the PlayStation 4 on launch day, November 15th.