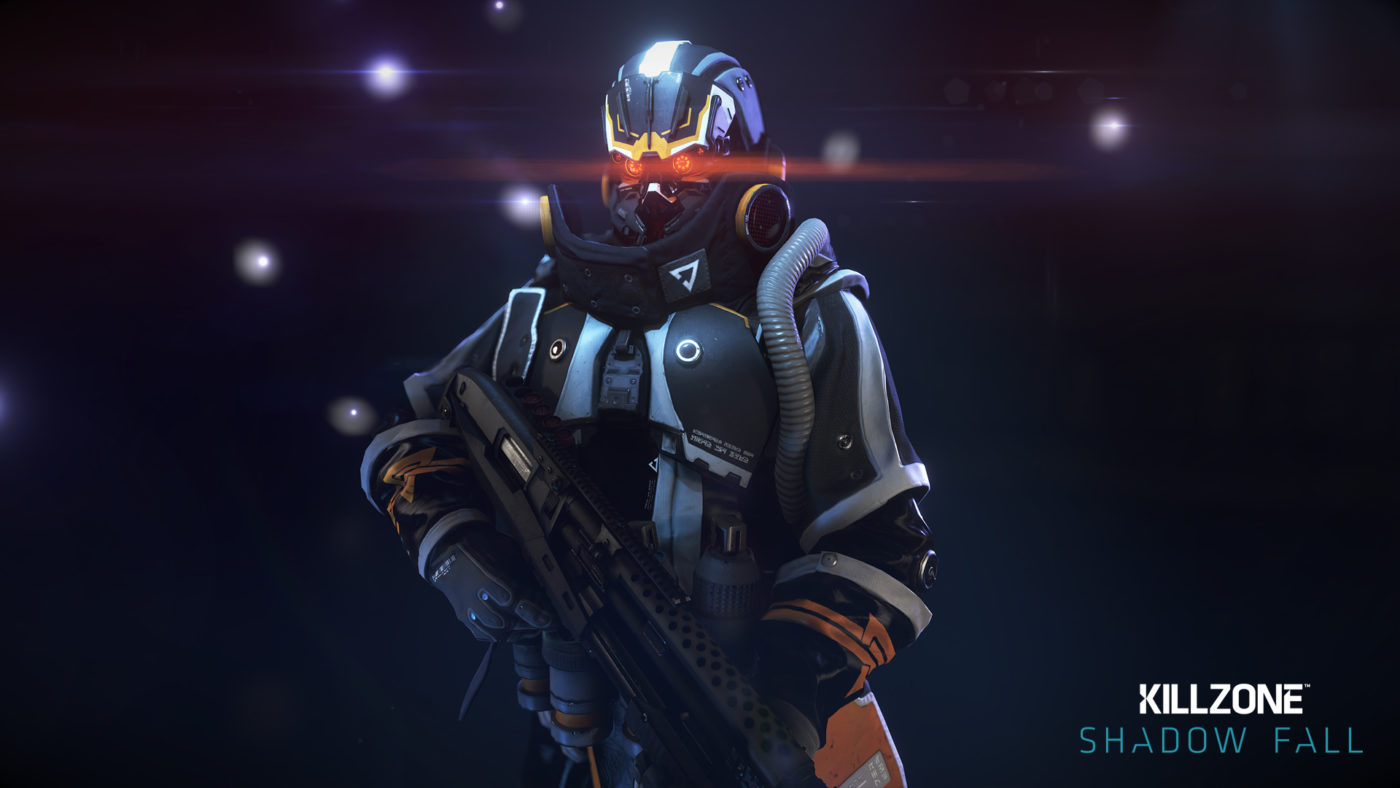 We are at the finish line with the last unveiled player class for Killzone: Shadow Fall‘s multiplayer component, the Support Class.

Killzone: Shadow Fall boasts three playable classes, you can read about the previously revealed Scout and Assault classes and what they provide.

Looking for a high win/loss ratio in Killzone: Shadow Fall multiplayer? You won’t be able to achieve such feat without the Support Class. Support players provide the ability to give out ammo and health, and even call in Revive Drone’s to revive dead friendlies. Unlike the Scout and Assault classes, the Support class also has five secondary abilities to choose from instead of three. This makes the Support class one of the dominant classes you’ll see come November.

The primary ability of the Support Class is the Revive Drone, which deploys a hovering medical robot drone that can resuscitate critically wounded comrades. Dying teammates who accept medical treatment and are successfully revived will receive full health and additional ammo and a temporary 25% health boost. They also avoid losing a life and having to start over from a spawn point.

In addition to the primary Revive Drone ability, players can choose from one of the five secondary abilities provided below.

The Air Support Drone ability deploys a flying combat drone that protects the area indicated by the Support player and unleashes minigun fire on any enemies that get close.

The Spawn Beacon ability sets up a temporary in-field spawn point for teammates. Spawn Beacons can be placed almost anywhere in the map, but it takes awhile to install them and they’re vulnerable to enemy fire.

The Turret ability deploys a sentry turret that will automatically target enemies in its forward facing field of view. While not indestructible, sentry turrets are ideal for guarding choke points and defending mission-critical areas.

This ability lets Support Class players set up a Supply Box, which team members can use to stock up on health and ammo. The box can be destroyed by enemy players.

The Support Teleport ability allows Support class players to teleport directly to a teammate in need of medical or tactical assistance. The teleportation device has a lengthy recharge time after each use.

The Support class is in fact shaping up to be the most versatile playable class shown off by Guerilla yet. Are you excited for Killzone: Shadow Fall? Let us know your comments and concerns in the comment section below! Keep your sights on MP1st for all future Killzone: Shadow Fall multiplayer related news.

“Only in Battlefield 4” Official TV Trailer